Day 5. Wow, is it really only day 5? The last few days feel like they've all been two in one the amount we've managed! Today we visited Calistoga, a charming small town about 30 minutes north of Napa.

The drive north was really quite lovely. Row upon row of vines nestled in a wide, sunny valley. We, of course, had to sample the local fare and stopped for a wine tasting at the Huge Bear tasting rooms. 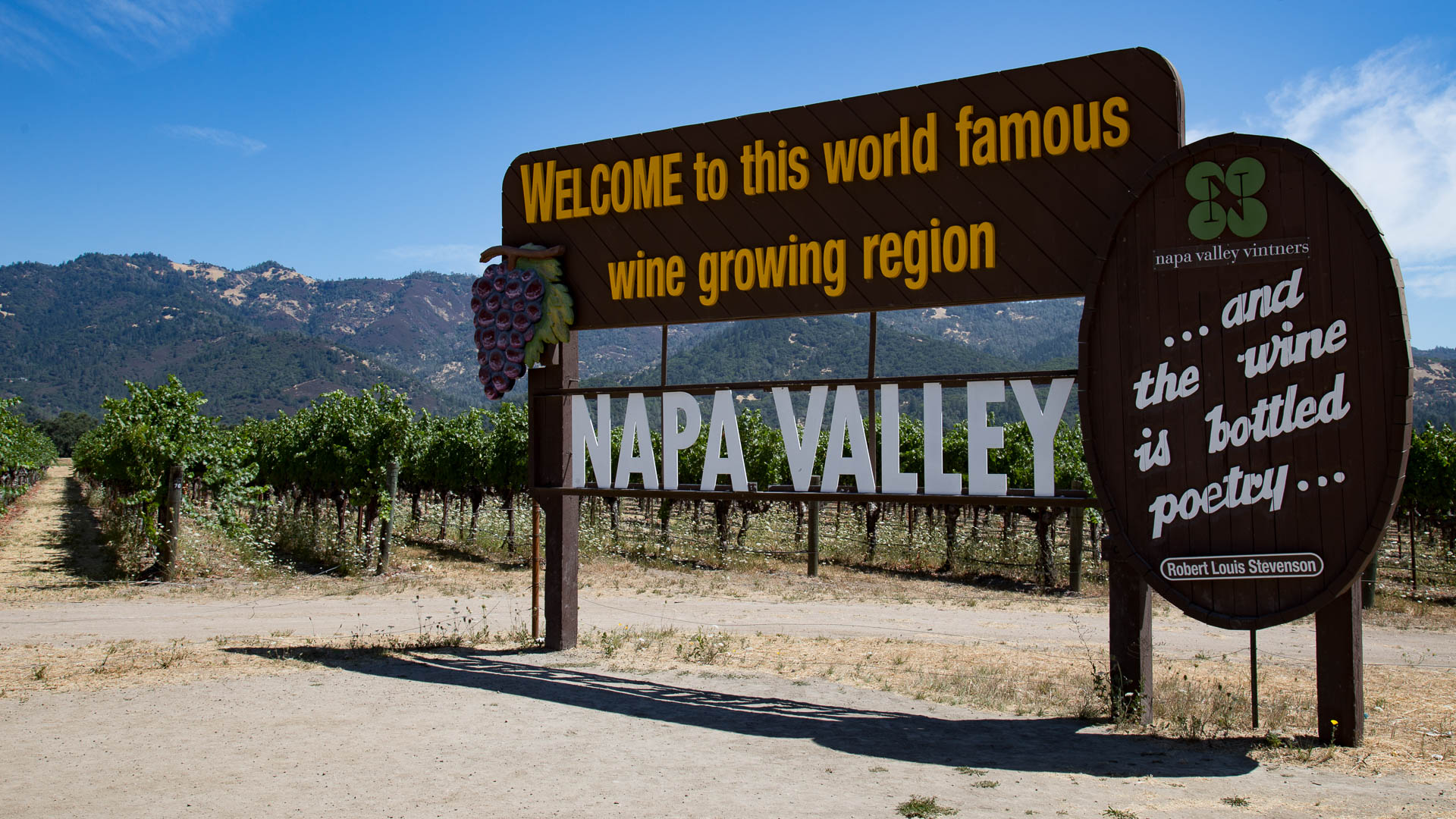 The Huge Bear tasting rooms were right in the centre of Calistoga in a gorgeous old Bank building (silly me forgot to take a picture though!). The building used to be a charter bank which I learned today meant that they used to print bank notes there.

A few glasses of delicious wine later and after learning what the word 'astringency' meant (I don't prefer astringent wines!) the world was a lovely, colourful place. In otherwords, we were a bit tipsy! Cat chose this place as it was in the town unlike some of the other places around which are a part of the vineyard themselves. This meant we could explore the town and eat some lunch before driving onwards as we would have otherwise been presumably over the drink drive limit. We had some tasty Italian food and a couple of hours later we were on our way again. 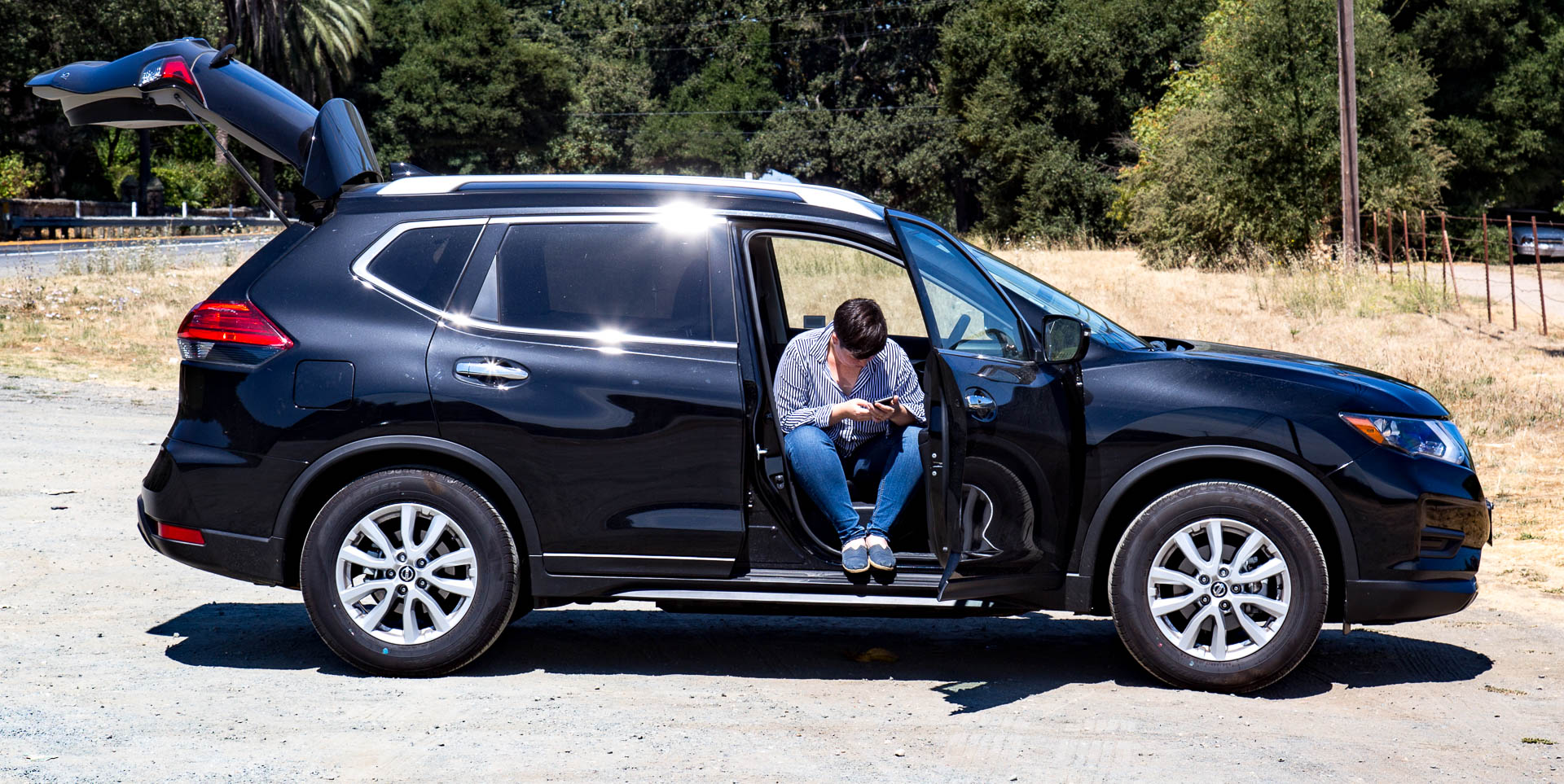 Cat bought a new shirt recently, I think she looks great in it. A new style for her. She does well to put up with all my droning and photographising. Thanks Cat!

Over lunch we had some time to kill to let our livers process the poison we'd just consumed. I hadn't planned on coming this far north (to Calistoga) but here we were and so, we were almost in Redwood territory. 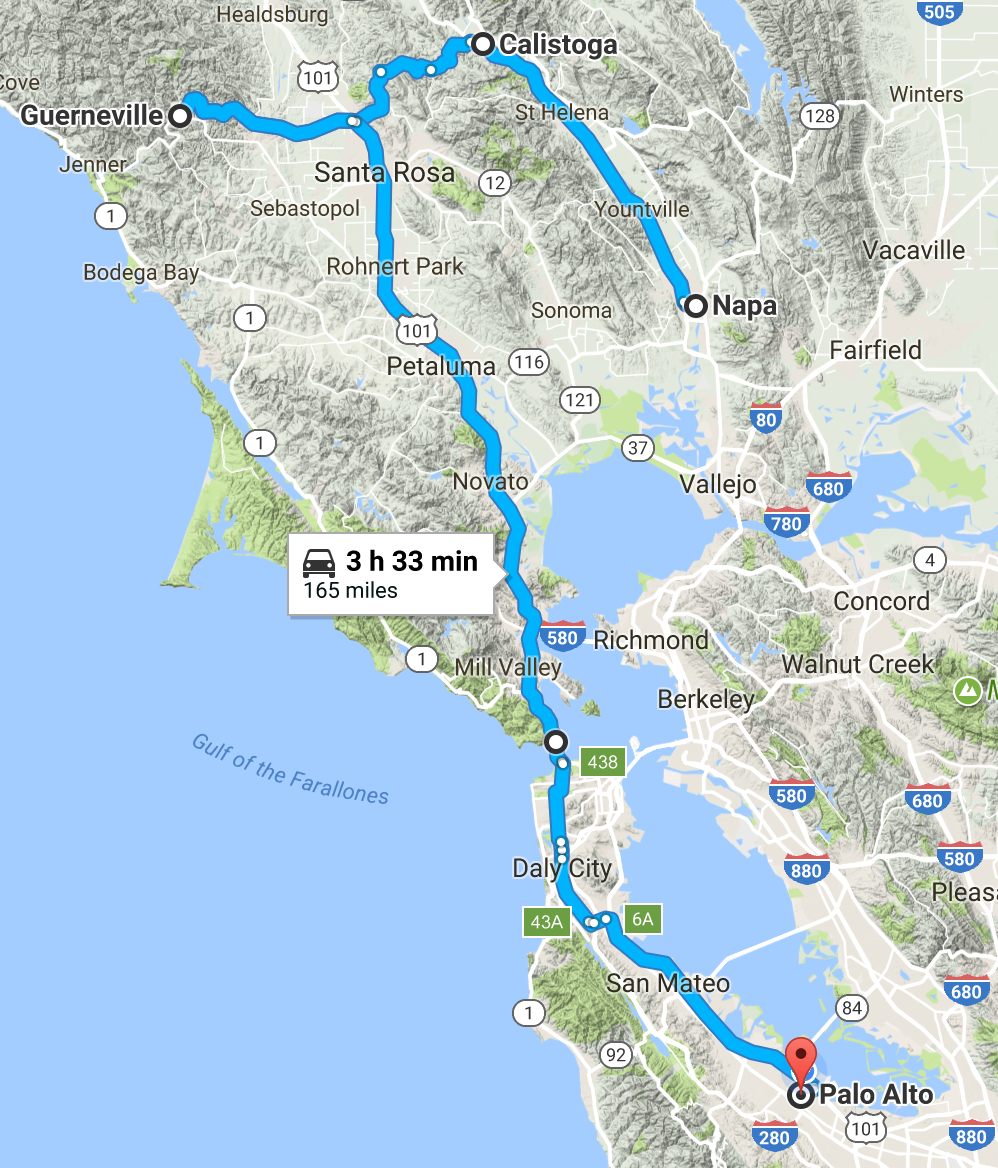 We headed for Armstrong woods near Guerneville and weren't dissapointed. These trees really are large. Luckily, I caught a truck going through a narrow gap to give you some sense of scale. 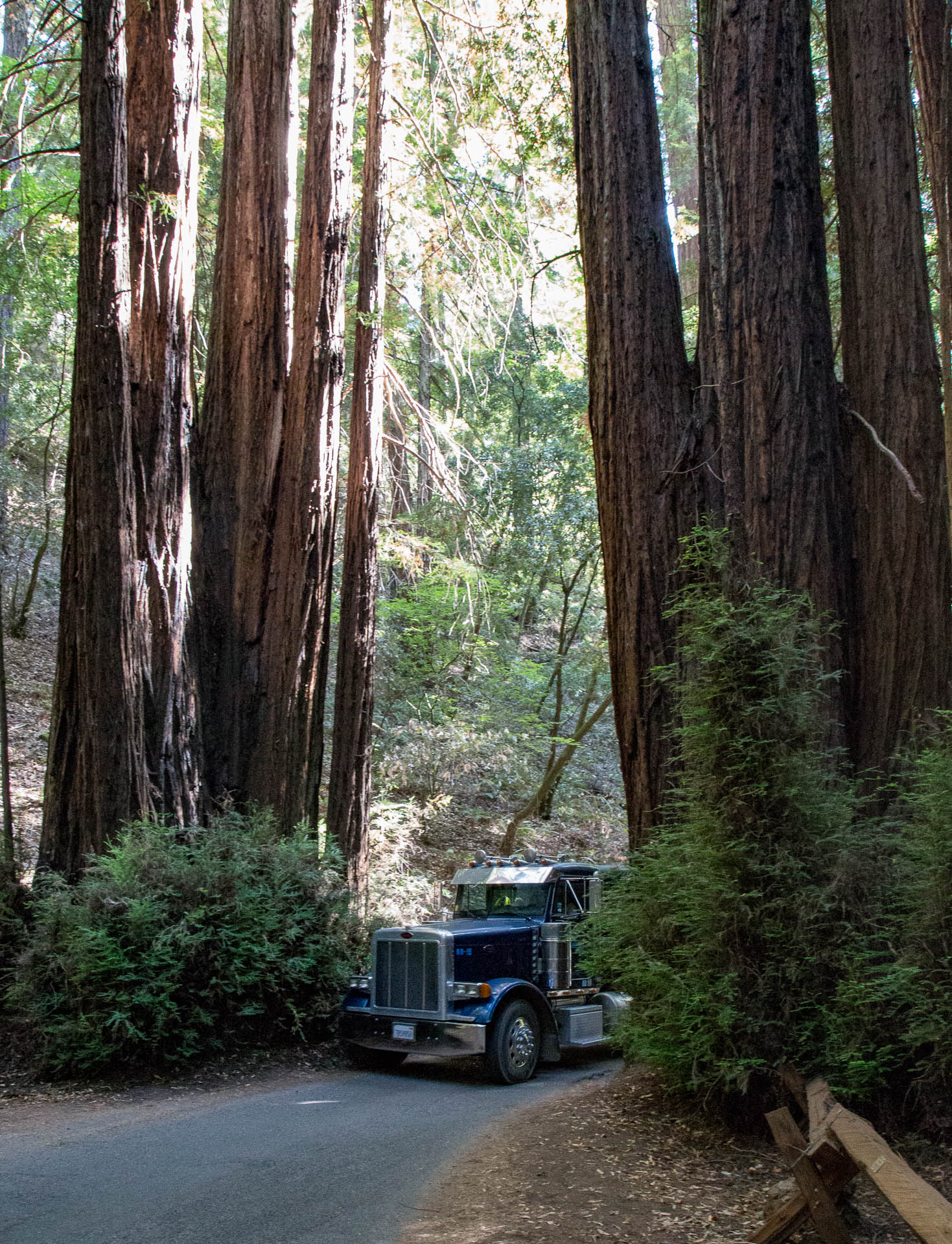 The oldest tree we saw was approx 1400!! years old and some 300ft tall. I thought this presentation of time with small plaques screwed into a fallen tree really brought home the lifespan of these giants. 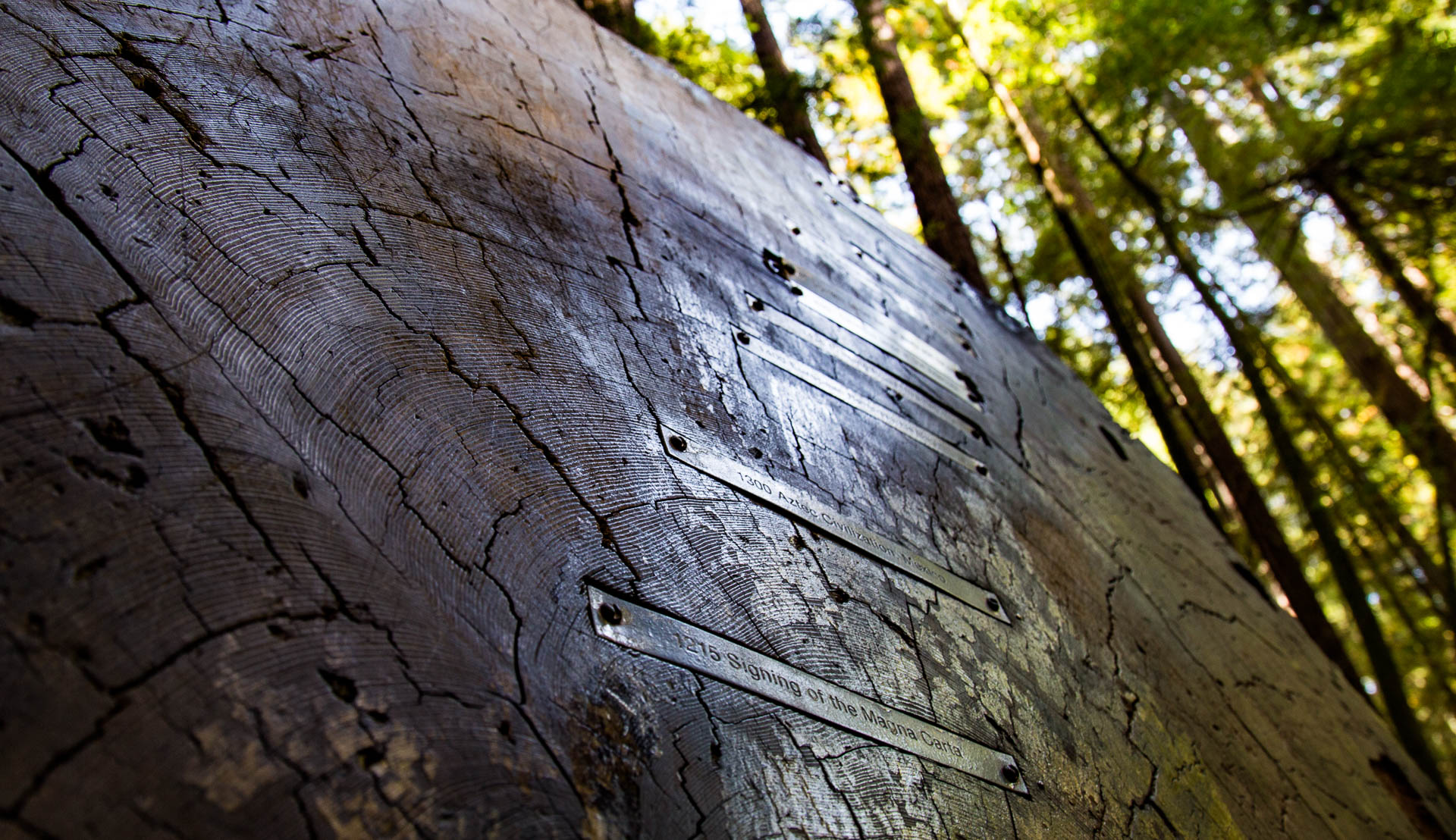 The sense of scale is pretty much lost on all the photographs I took. This is a place that you just have to visit and absorb. The woods are quiet, peaceful and still. The outside world may as well not exist. Delightful. 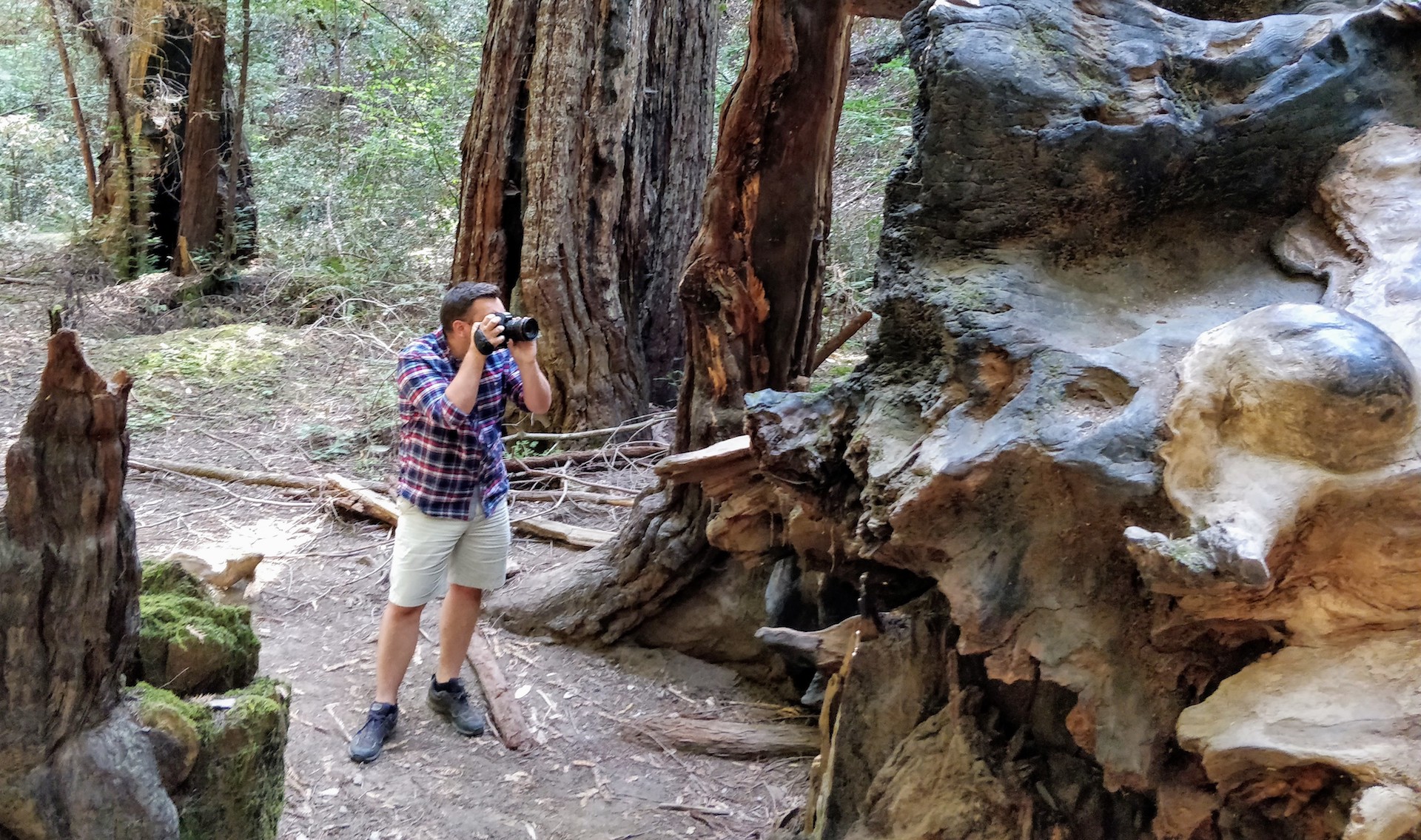 Despite Cat frequently telling me how awful she is at photography whenever she does take a pic or two they often come out great! I was quite pleased that she took this one of me as I'm usually the one behind the lens. 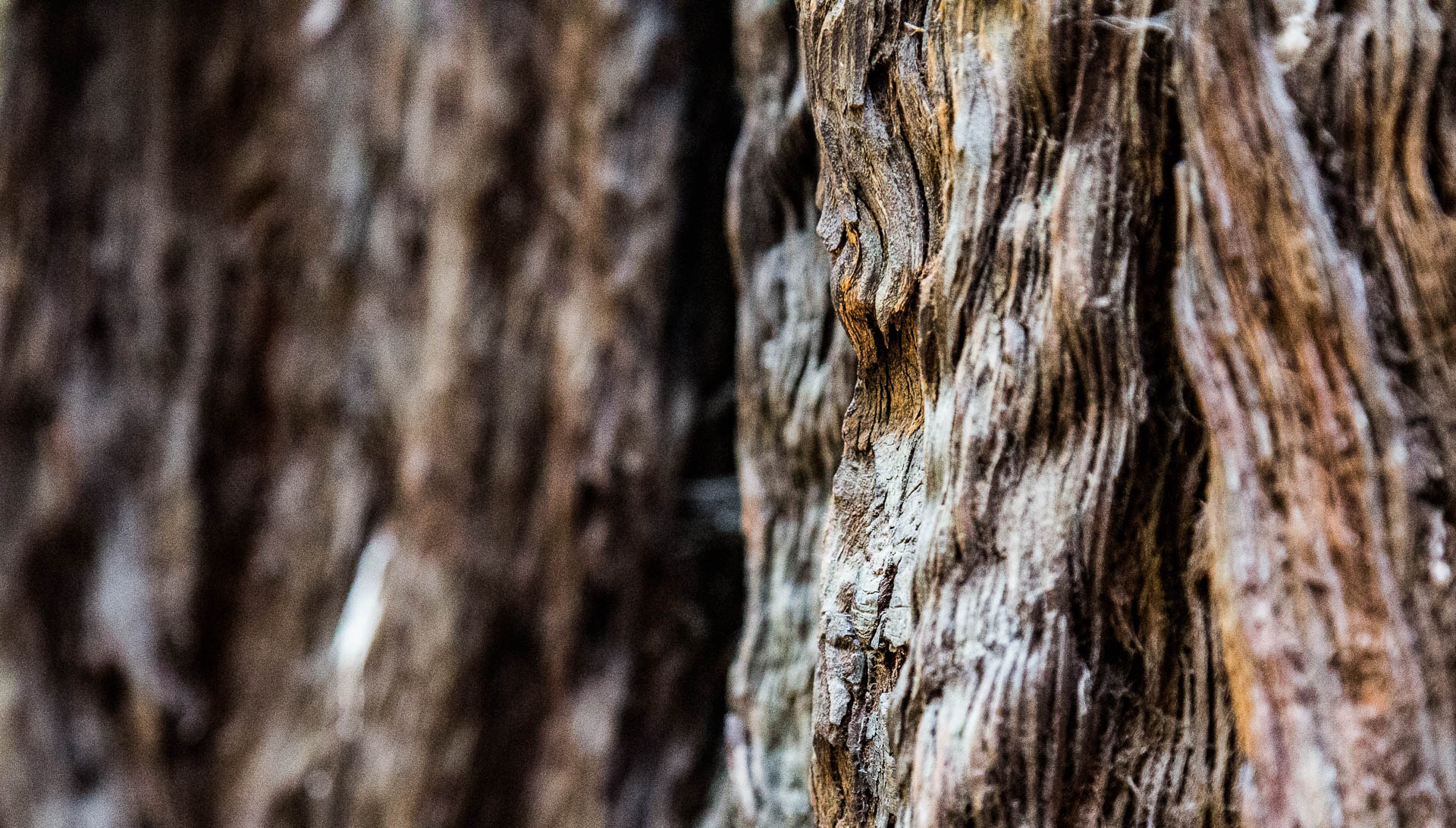 Our accomodation for the night was in San Francisco and by this point it was about 4pm. We set the GPS for Palo Alto and set off on the 2.5hr drive south. Along the way, we ventured in the carpool lane for the first time and whizzed by miles of traffic jams feeling super smug. 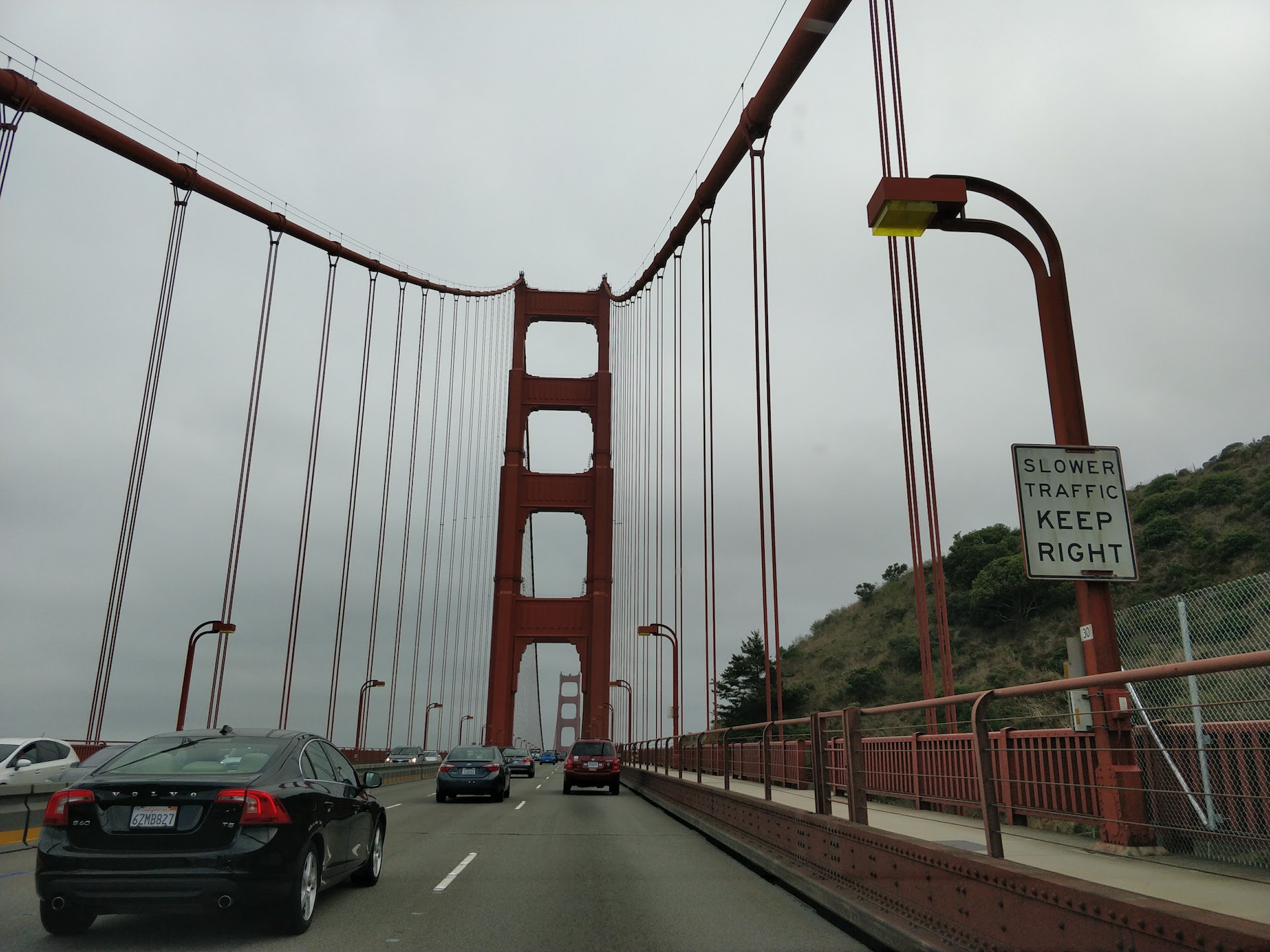 We saw the bridge this time! Still rather grey and overcast but at least we could see the bridge. Spectacular. Really it's hard to write anything that hasn't already been said about this thing probably but I thought it was a very impressive bridge.

An hour later, we arrived in Palo Alto at our Airbnb and headed downtown for dinner. We kept it light as it's so easy to overeat in this country and headed back for a relatively early night. 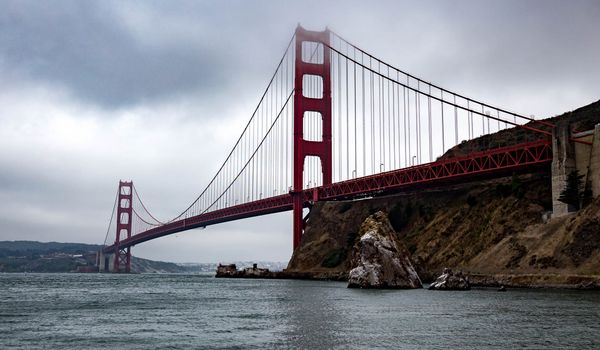 Day 6. Visiting somewhere as famous as this is either a massive dissapointment or hugely fun and a bit surreal. I'm happy to report the later is true here. Despite 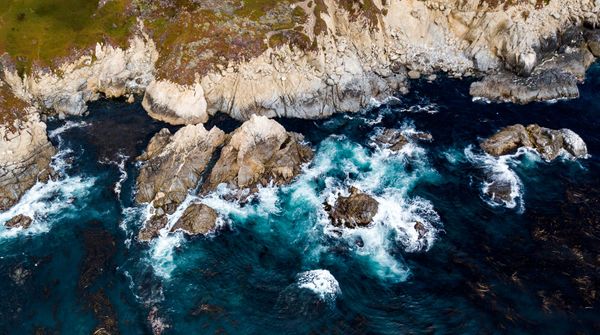 Day 4. Suburbia. Stifling. Still. Safe. Suffocating. The natural habitat of the American. Everything you could seemingly want or need is catered for, usually with a few minutes drive. And