Day 16 was a travel day and 17 was spent catching up with family so not much action on the blog front. This entry is therefore about Day 18. This is my second time in Canada, the first being a school trip to Toronto and the Quebec province skiing. Cat has been here once before too visiting, as did I, Niagara Falls and Toronto.

Today was really fun, seeing the area around Vancouver in a town nearby called Mission where we're staying with my Uncle David and Auntie Anne. We were given the guided tour of several houses they'd looked into purchasing but decided not to and we even saw a bear at one point. That makes two for the trip!!

After a delicious homemade cooked breakfast Anne and David took us to Cascade Falls a few miles up the road from their house. A short, extremely steep 250m trail led from the car park up to the falls. 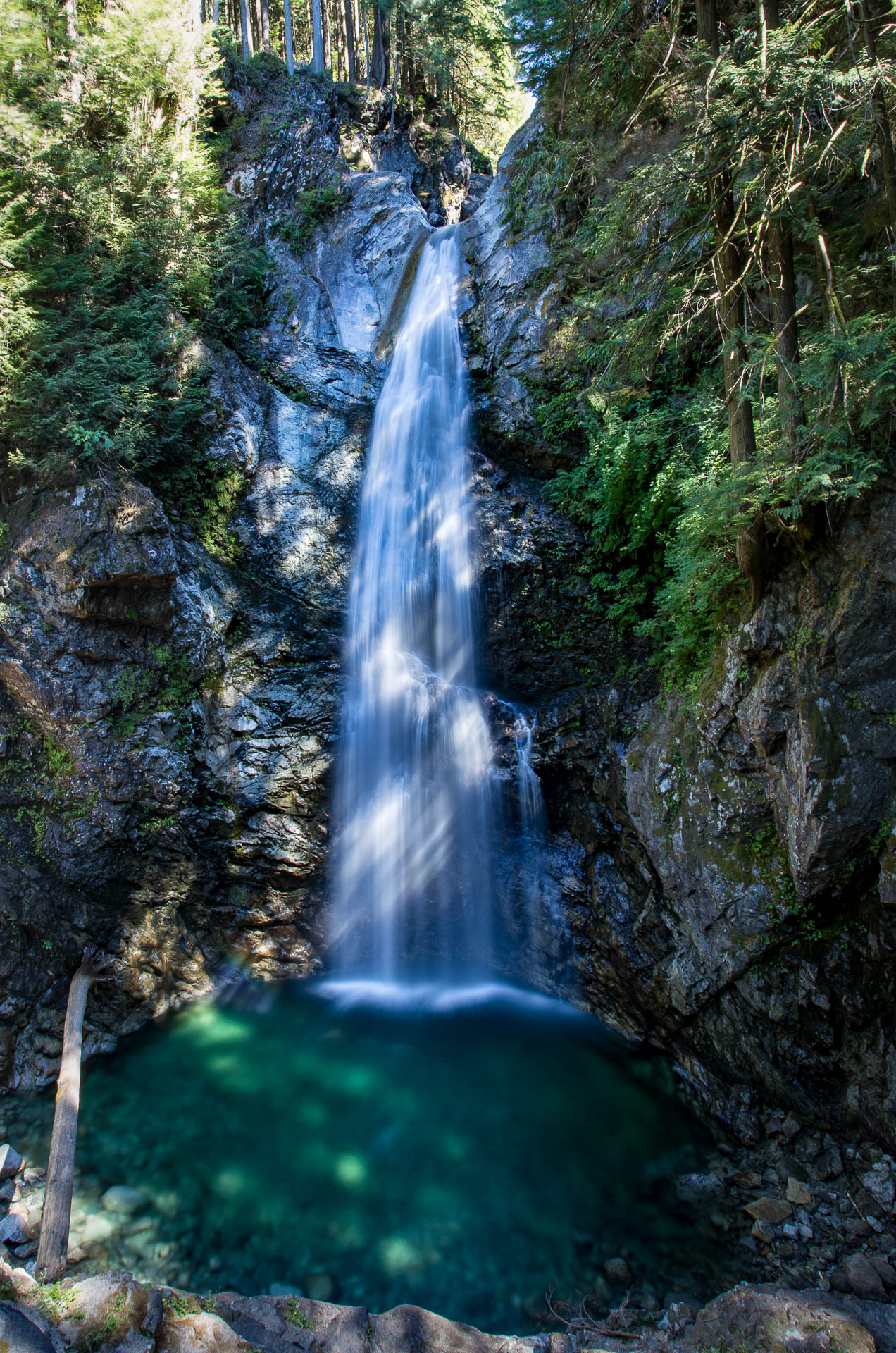 The weather has been on our side up here, 27C+ so the water looked mighty inviting. A lovely rich turquoisey bluey colour. I combined 15 0.3s exposures to get the feathered effect on the water - a couple of elements are slightly over exposed so I must remember to review the histogram next time! 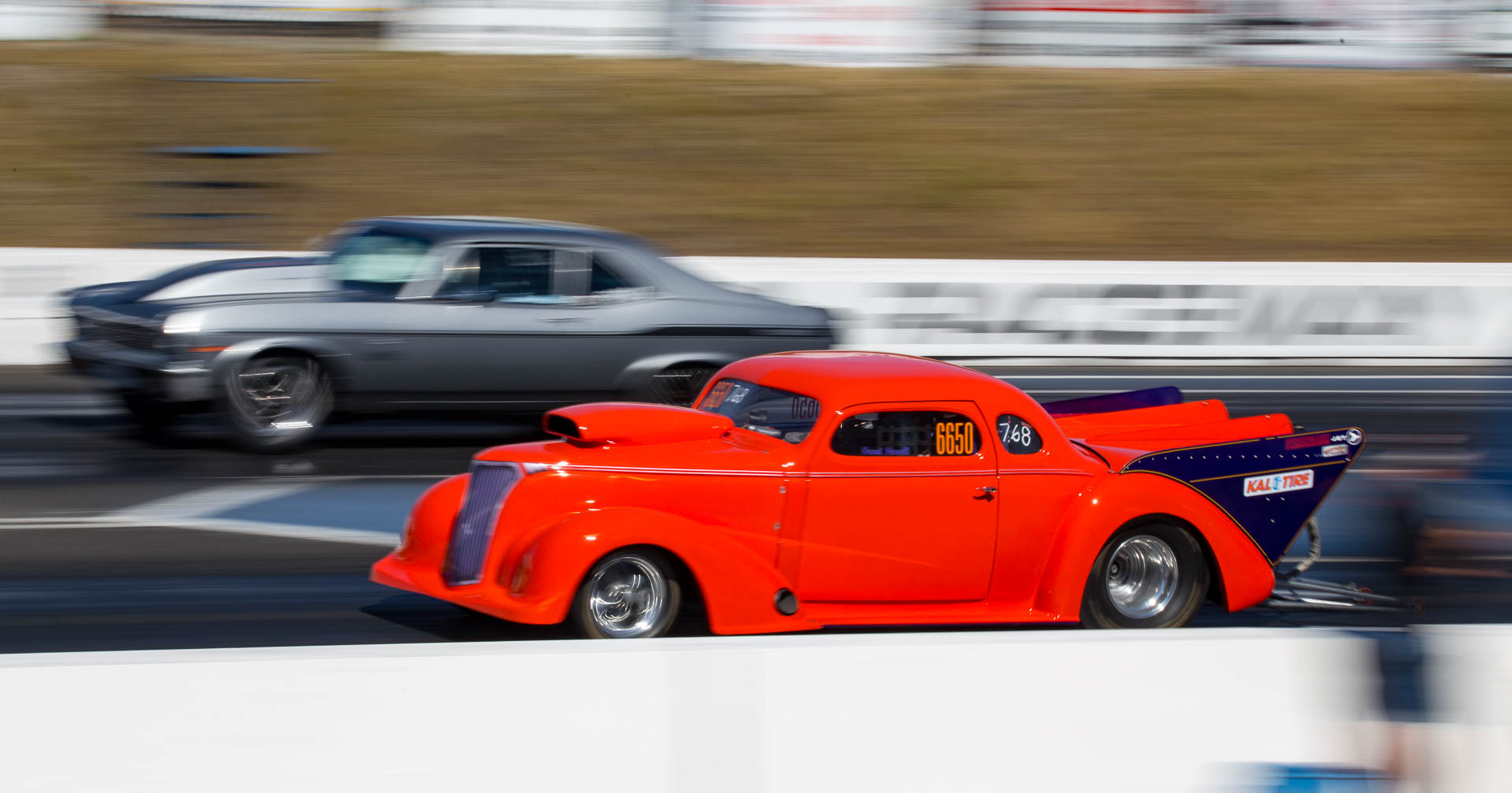 After lunch at the famous (to us as non-Canadians anyway) Tim Horton's we all headed to the Mission Raceway just over the road. At the raceway there was a meet on and all sorts of assorted vehicles from dragsters to nitro motorbikes and hotrods. We missed the Jet dragster on last night but it holds the track speed record of 314mph set in 2009.

The fast speed we saw from one of the cars on the 1/4 mile was 203mph. What strikes you first at this place is the racket! What a noise these machines make. But it's awesome! In the shot of the green car below, like many others, it created so much torque off the line that it's rear tyres deformed. 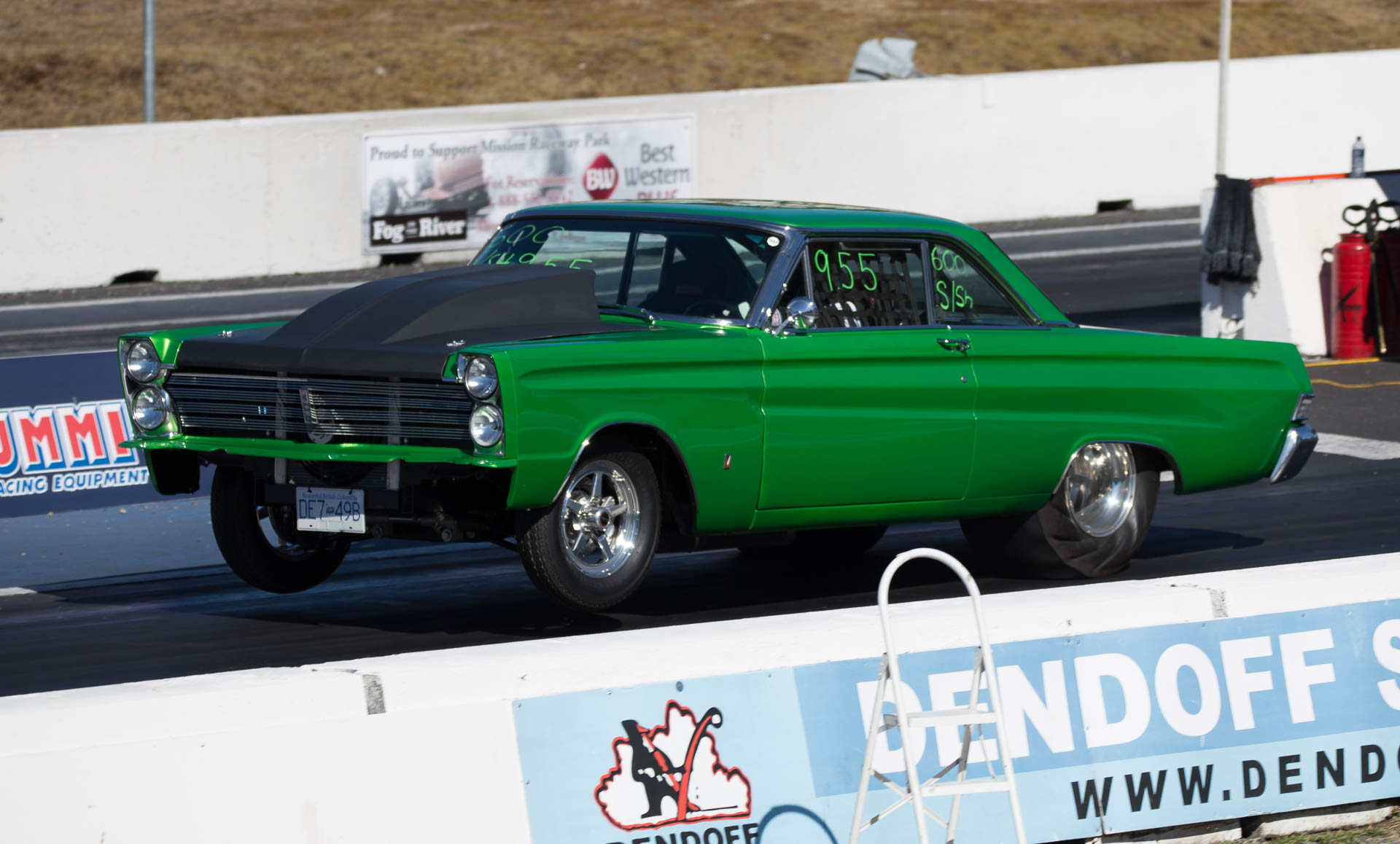 In addition to deforming the tyres some of the really torquey cars did several metre long wheelies. You could really tell some of them were struggling to put down all their power on the road. The bikes especially, squirreling all over the place.

I don't know if the parachutes are strictly neccessary but they sure do look cool. Most of the cars with them seemed to end up at the 180+ mph range by the end of the 1/4 mile. 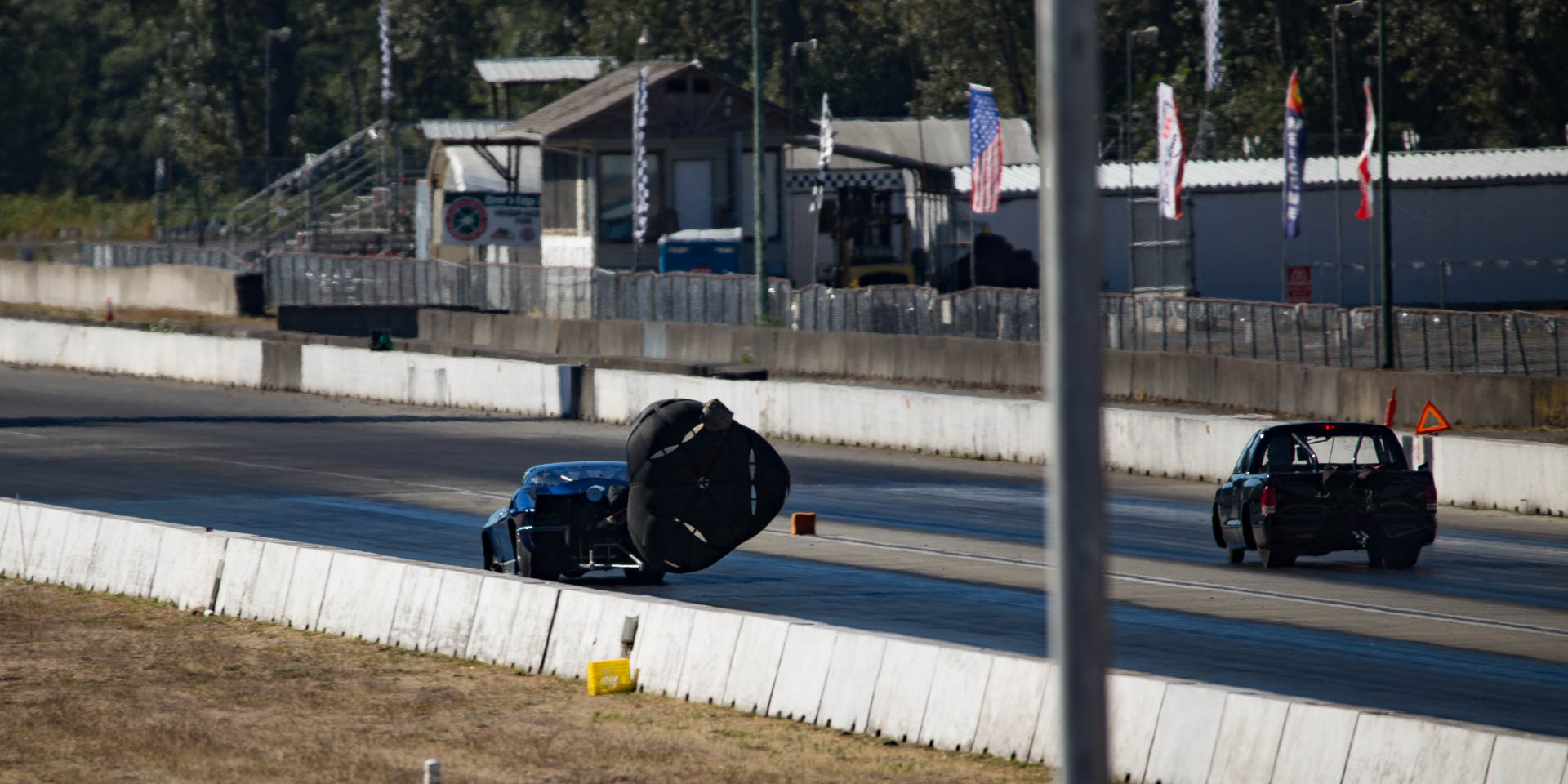 We visited Westminster Abbey after. This was unfortunately a no drone zone around the abbey itself but there was a viewpoint nearby which allowed access to a stupendous view across the Fraser toward Mt. Baker. Standing tall at 10,700ft it's snow covered peaks belying it's past as a volcano. For a full size version of the panorama you can zoom in on the detail off click this link.

As we looked out over the view a freight train trundled by. The longest we've seen on the trip our guestimates put it at over 2.5km long.

Consider yourself drelfied Anne and David! 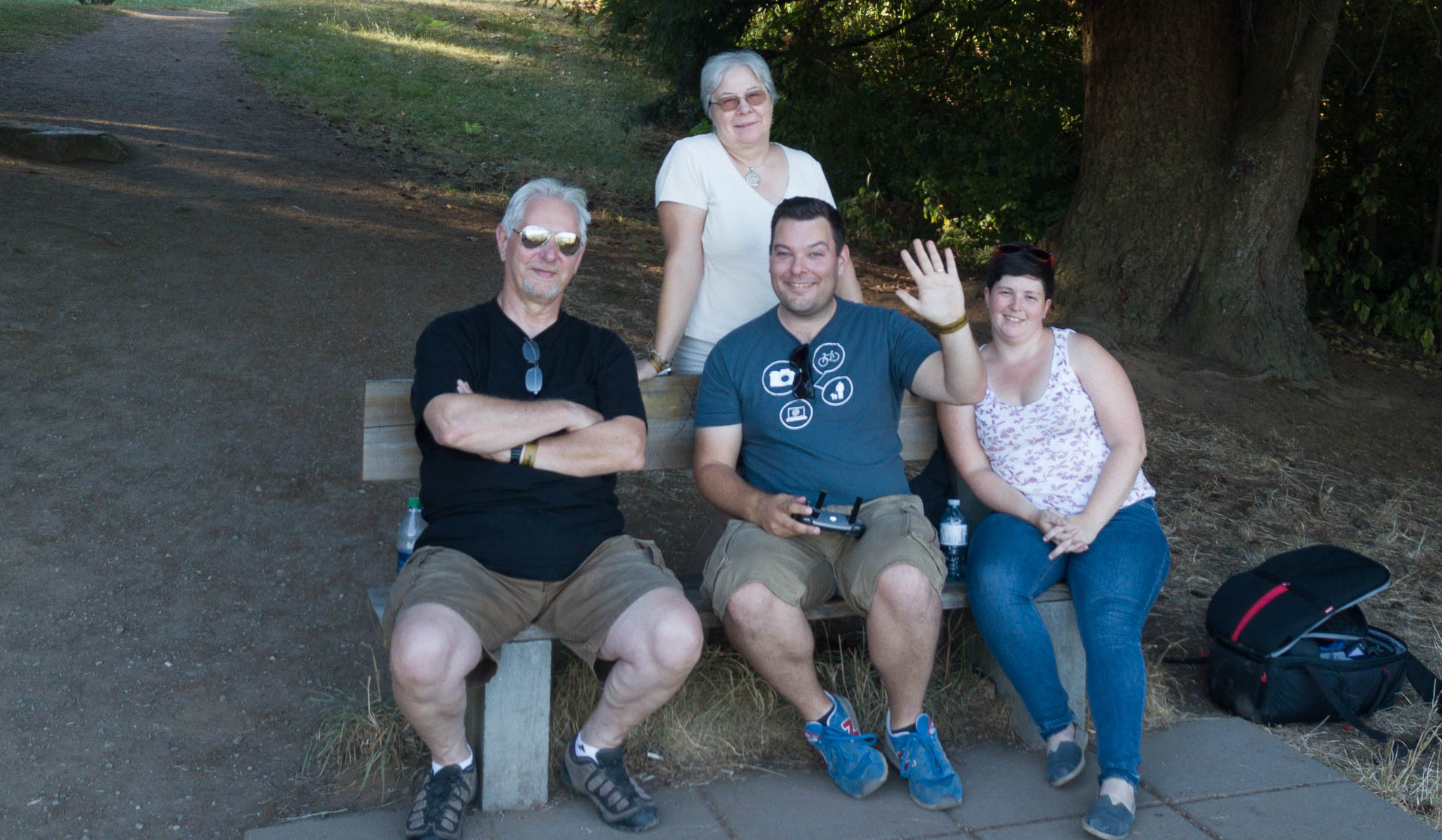 They use the Fraser to float logs down from the lumber fields upstream. This image is of some logs floating outside a lumber yard. If you look closely you can see the rope bundling them together. 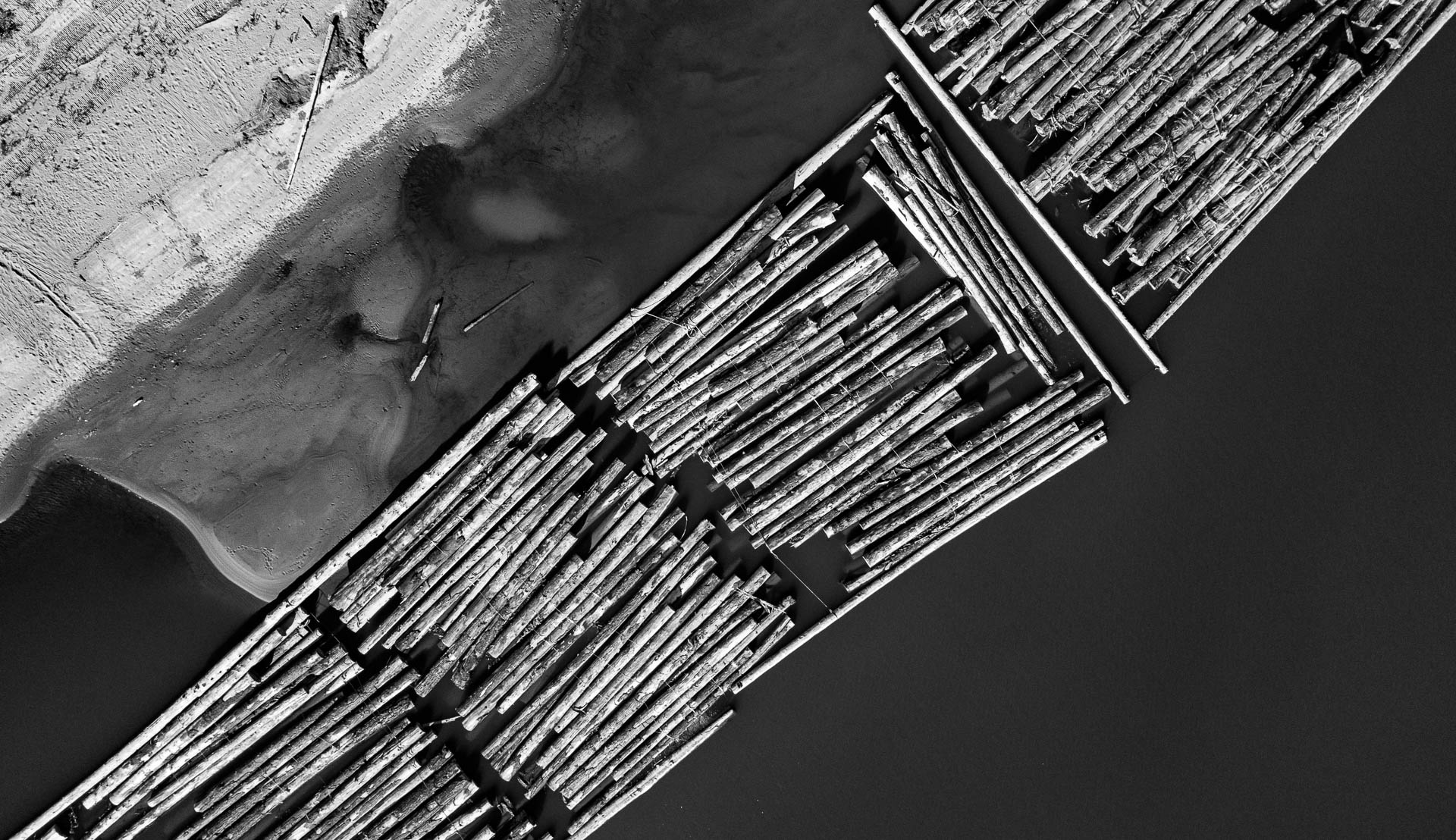 David has a couple of Motorcycles. Well it would be remiss of us not to at least sit on one. Cat getting quite the thrill out of revving it! 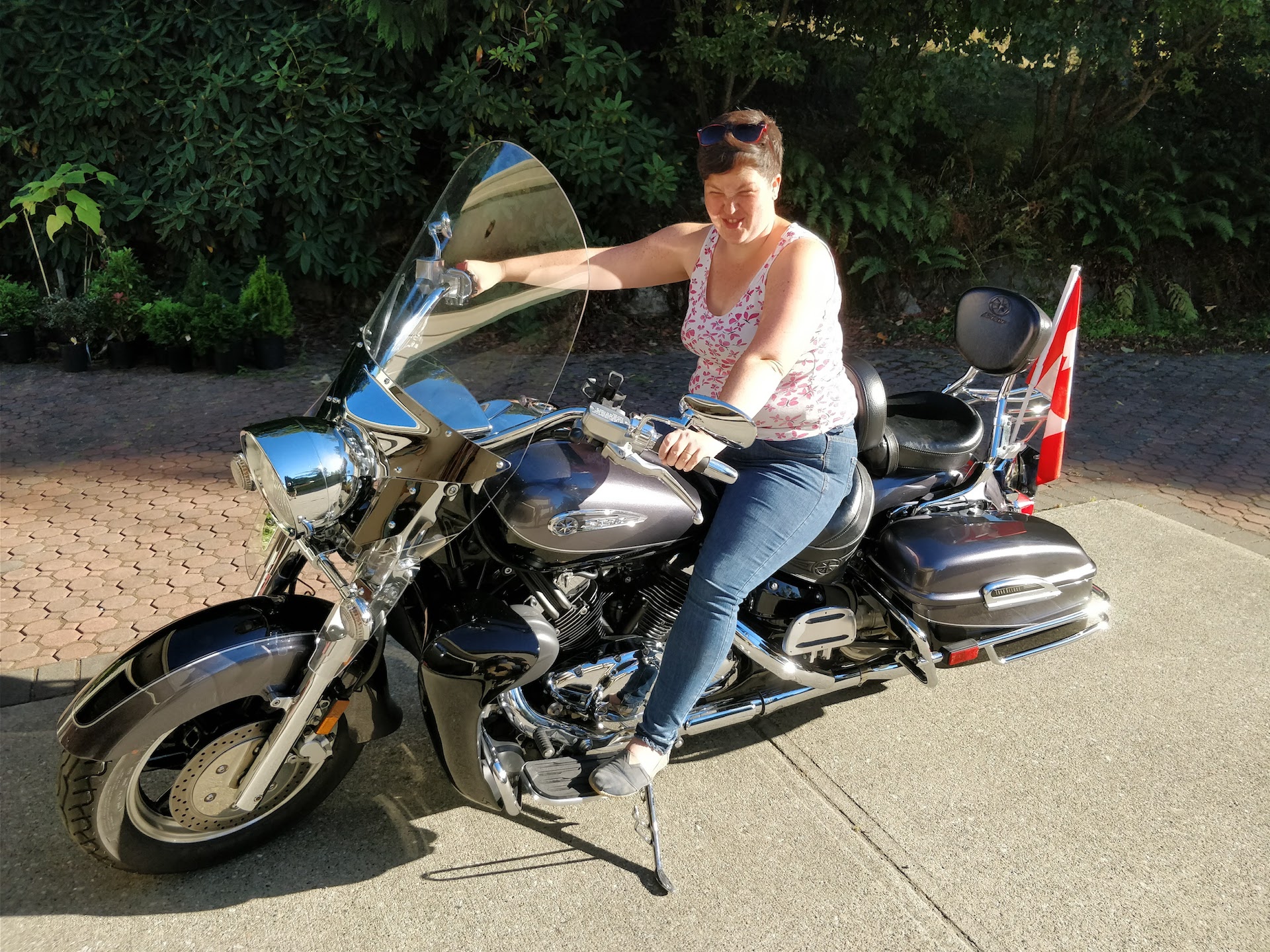 Downtown Vancouver tomorrow and our flight home in the evening. 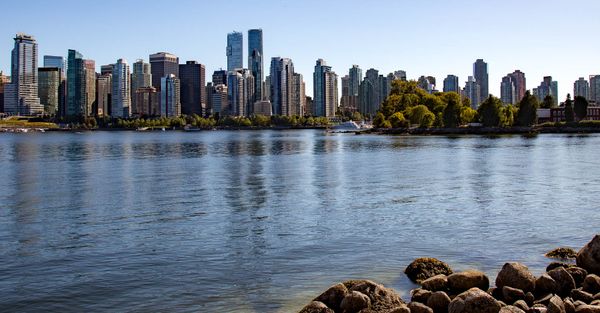 Day 19. Our final day saw us take in the sights and sounds of beautiful downtown Vancouver before wrapping up the trip by being dropped at the airport for 6pm 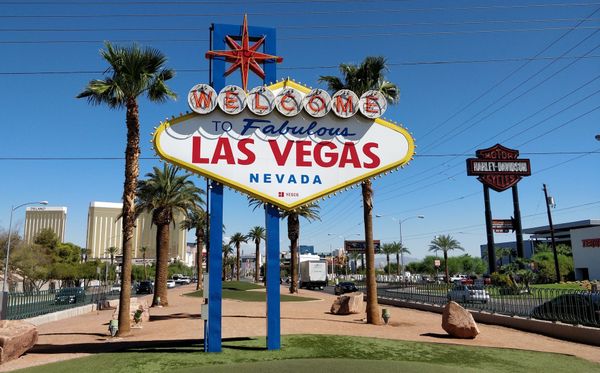 Day 15. Cliché title? Glitz and glam papering over the slighty grotty cracks in the desert? That can only mean one thing, Vegas baby! As I write today's entry we