Day 11. Arriving somewhere new in the dark is a mixed bag. You have no idea your surroundings and probably arrived very late, a bit tired and missed some scenery along the way. It does make for an exciting surprise on mornings like this though when you wake to find yourself in the middle of nowhere, only 2 other houses within drone range, with a view such as this.
?)

It was dark last night so I didn't close the curtains. I was therefore awoken at 6am by the dawn's early light and scrambled to find my camera. I used exposure bracketing to create this shot below which I combined using Lightroom's HDR photo merge feature. Pretty much everything about the colours are stock.

The Airbnb is 3 miles down a dirt road from the back side of Bryce Canyon. The materials in the property led us to the start of the Tropic Trail, a 3 mile footpath leading into the National Park itself. 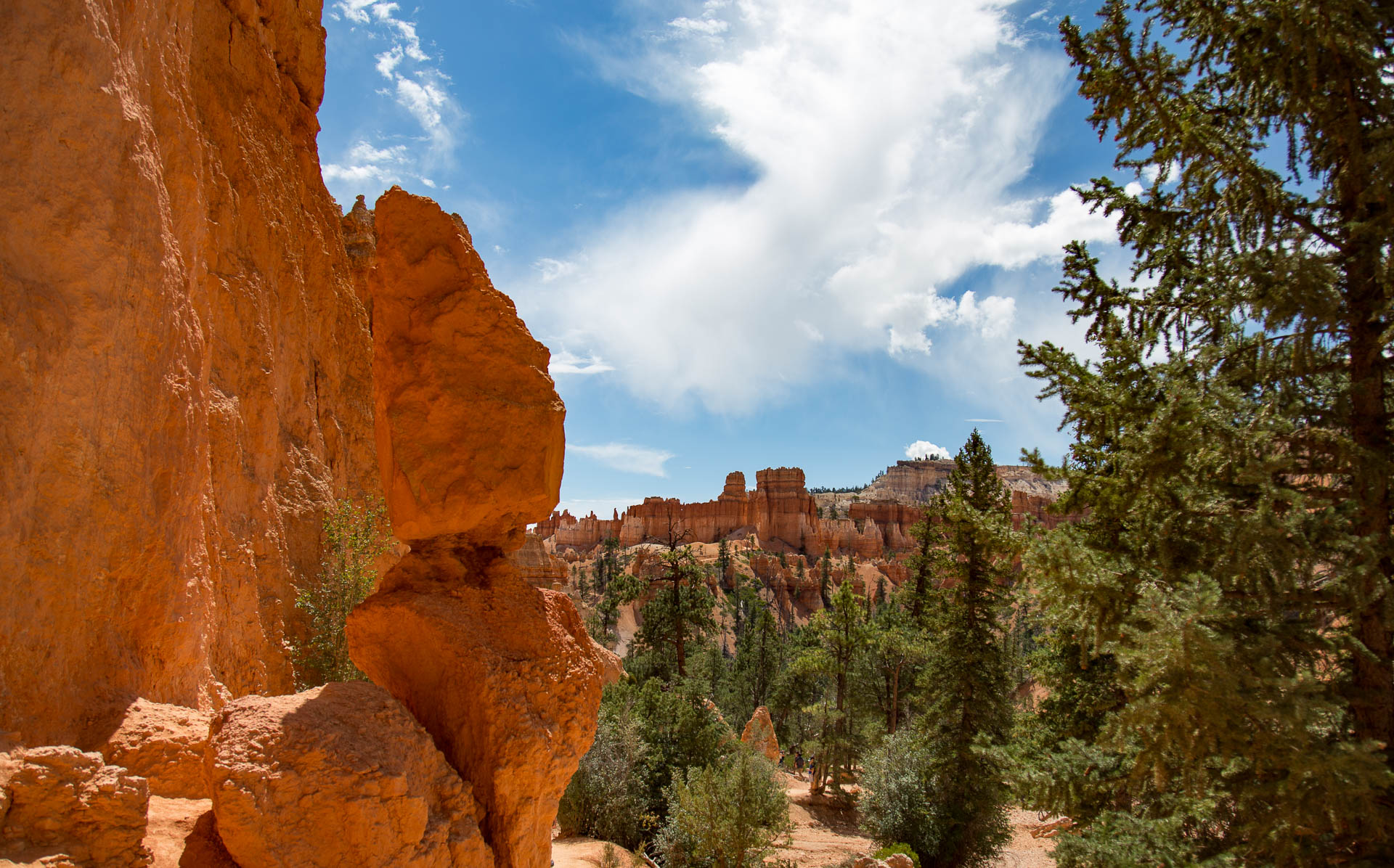 We left the car behind and set off, upwards. A trend which continued for the entirety of the 3 miles to the park, a gentle grade but enough to get the heart pumping at 7000ft. The path was lined with Conifers, lightly charred at the bottom - a forest fire must have occured here. We went at least an hour without seeing another soul. Our first clue we were near the park proper was the audible chirping of children.

The Navajo trail is a 1.3 mile long loop which we joined half way round at its lowest point, unbeknownst to us! 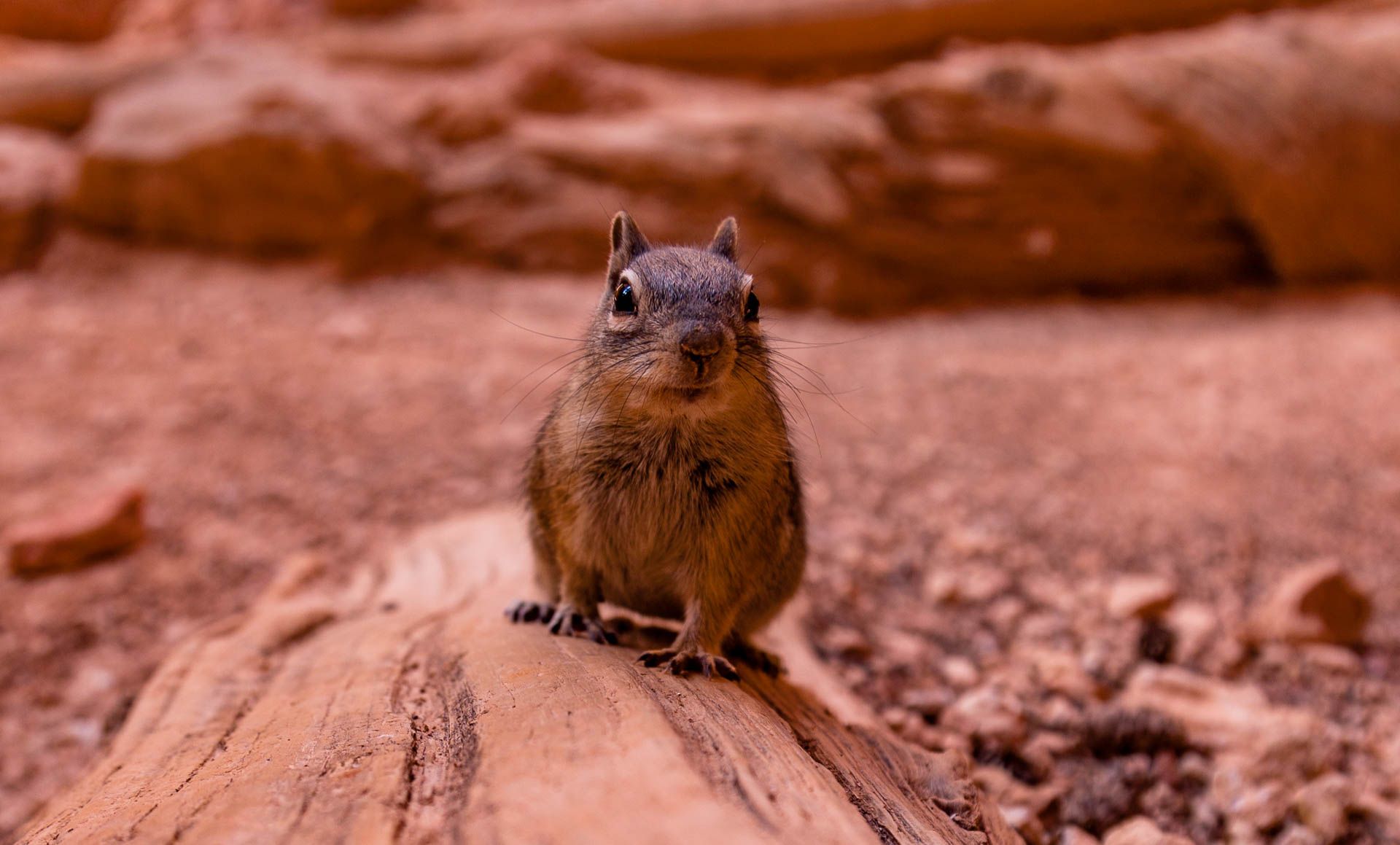 These little chaps were everywhere and they weren't at all scared of people. Completely tame. We saw one eating out of someone's hand (who didn't actually have food but was simply trying to get the animal to pose for a picture). This picture above was a sheer moment of dumb luck. This critter snuck up on me from the side where I'd placed my camera onto a log which formed a bench. I didn't move the camera, I just focused and squeezed the trigger. Unbelievably, despite the wide open aperture, the animals head was completely, perfectly in focus and without trying I knew I'd got the shot of the Chickaree! 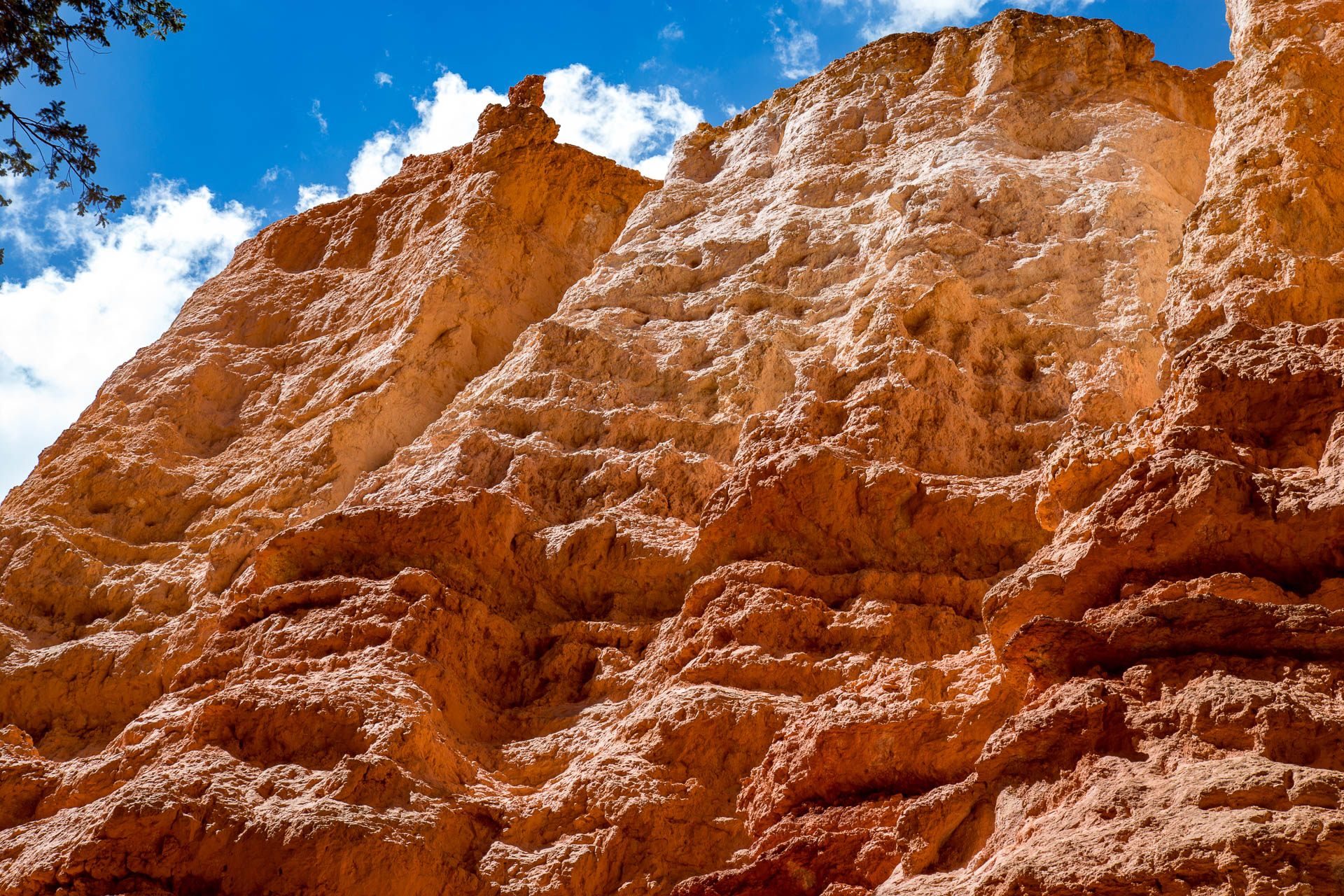 The path climbed, steeply now through a narrow gorge in the rock. It was cool in there, great conditions for walking actually. 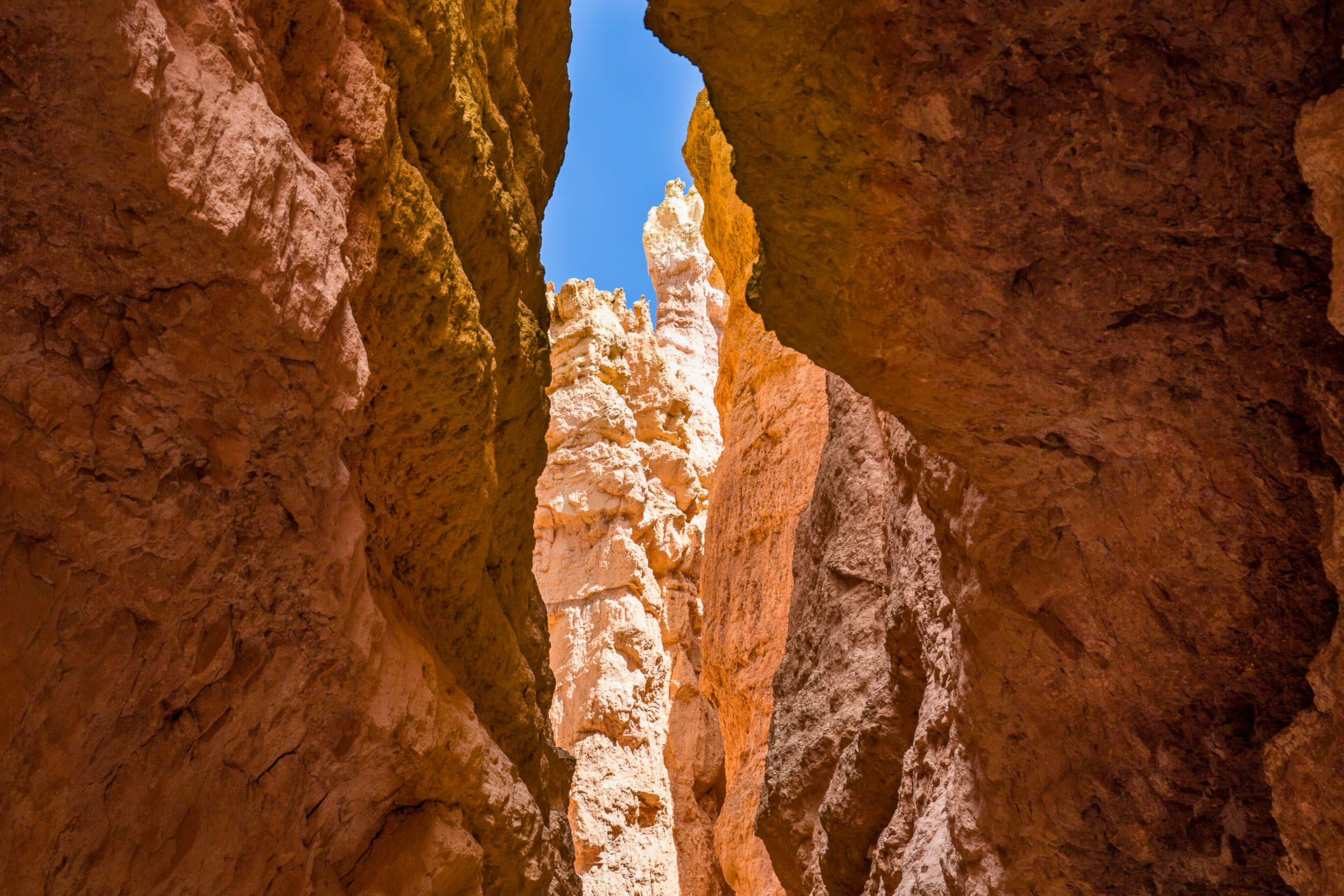 I don't profess to have a head for heights. And as we climbed upwards, unendingly so it felt for over 1000ft the path broke out into a nasty case of the vertigo inducing switch backs. 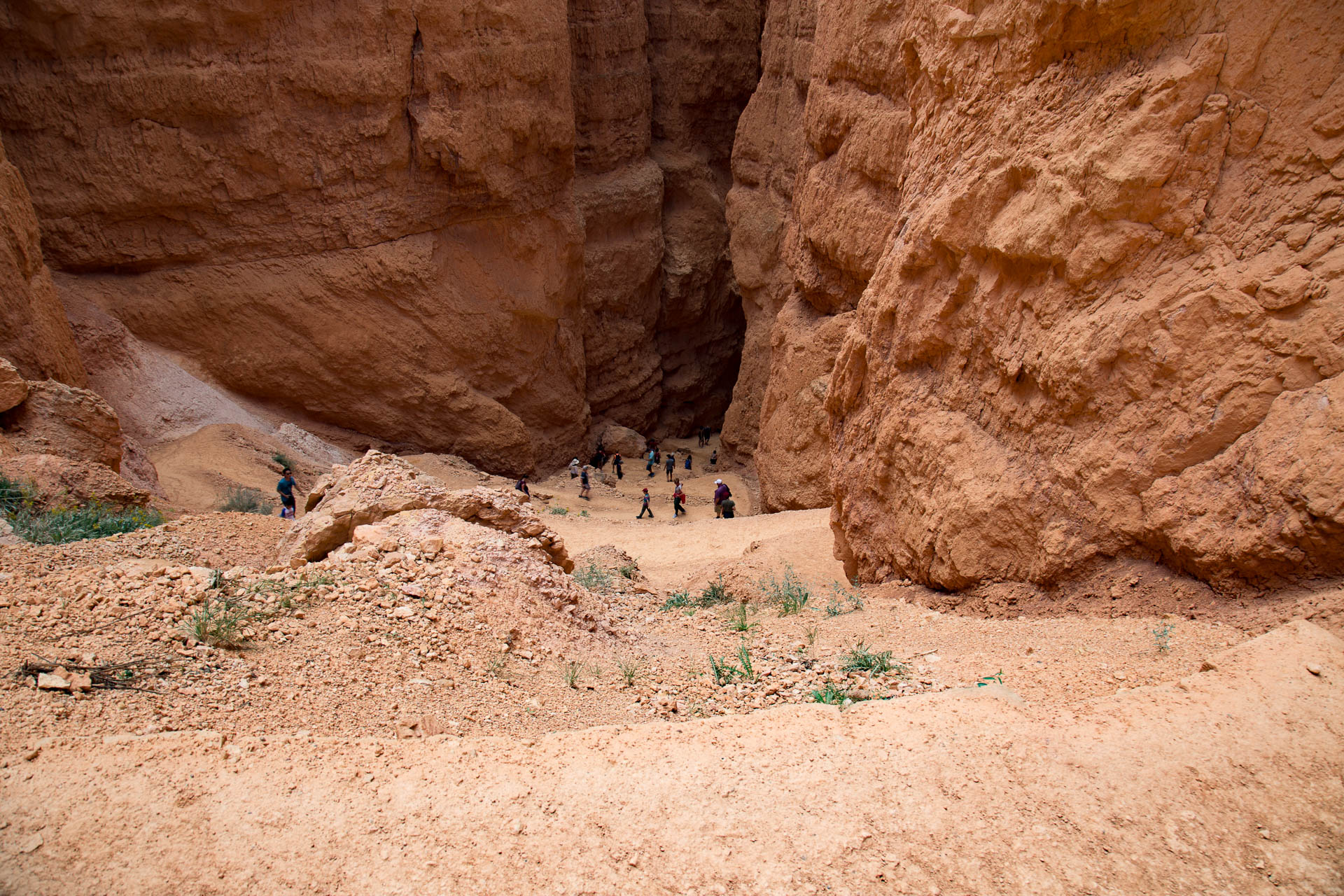 The view at the top made it all worthwhile. Annoyingly, this is where we found the main car park! All that walking and climbing for nothing! Well, maybe it made the views of the hoodoos all that much more rewarding? I'll keep telling myself that!

The 4 downhill miles to the car went quite quickly. 1200ft or so we'd climbed today topping out at just over 8000ft at the viewpoint. I'm beginning to get acclimated to the altitude as I didn't feel the lightness of the air today despite the height matching that in Mammoth from a few days ago where I really struggled. So, that's good. 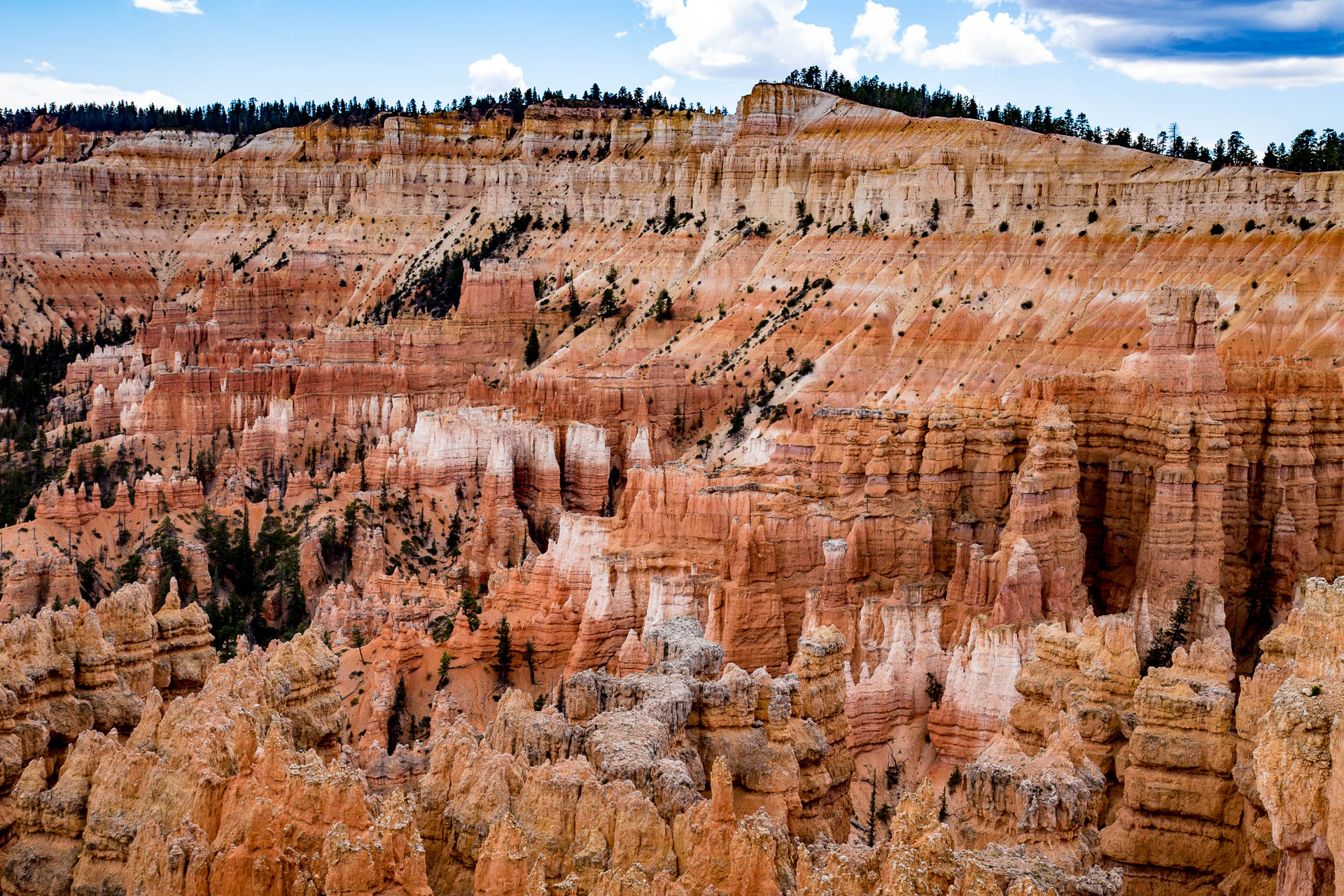 A truly gorgeous spectacle. The brilliantly red rocks juxtaposed against the blue and white of the sky, the green of the trees. Bryce Canyon is not really a canyon, it is an Amphitheatre. Despite the misnomer, it was well worth the trip.

We're going to spend the rest of today chilling in the Airbnb listening to the quite fantastic thunderstorms passing overhead and head down the road to a highly rated Grill for dinner. I might even start writing the 'What's in my Bag?' travel gear post I've had half a mind to write. 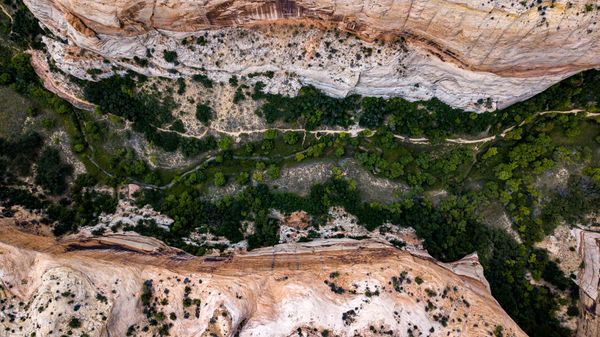 Day 12. Our wedding anniversary, 6 happy years and counting, and also eclipse day! We eschewed the crowds in the totality zone (and the exorbitant accommodation pricing which accompanied it) 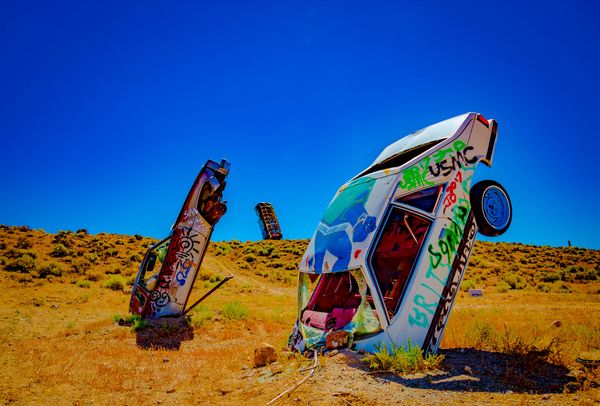 Day 10. 473 miles in a single day. We saw a whole lotta nothin' today as we crossed from one side of Nevada and out the other into Utah. We