Day 9. Our final full day in Montenegro and one I've been saving till last. We are staying just outside the old town of Kotor and started the day by having breakfast, croissant bought from a local pekara (bakery), on the shores of the fjord.

As I took this a local remarked (in English!) that it was a nice view. Understatement of the week!

The shore of the lake between Kotor and Tivat was just one long traffic jam for us. The road was barely single track in places and if you got it wrong there were no barriers between you and the plonk. The coach we were stuck behind seemed to be experiencing mega difficulties passing just pedestrians so you can imagine the carnage once other vehicles got involved! This side of the lake is markedly quieter than the other though.

Overnight, a cruise ship turned up. Made for an excellent subject all morning even if the pollution from the generators is a bit disgusting. 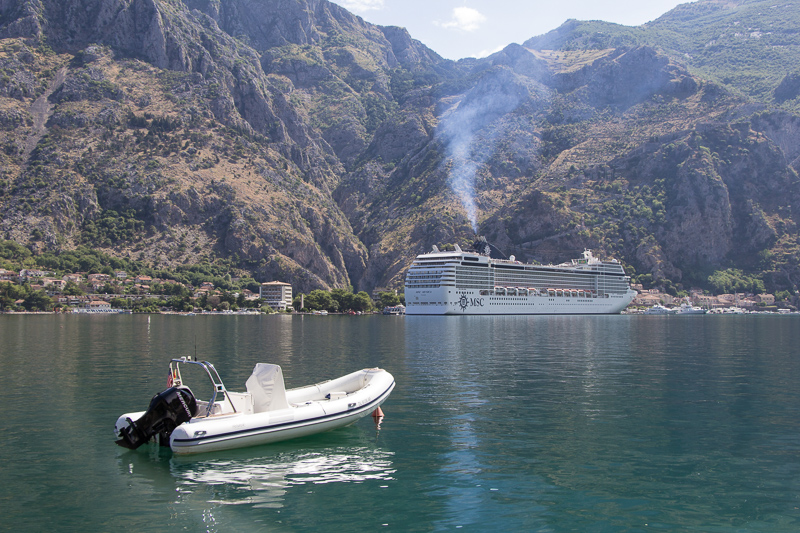 We finally escaped the coach and found the mountain road I was looking for. This road goes all the way to the top of Mount Lovćen at around 1700m less than 5km from the coast. I believe this mountain is where Monte (Mountain) - Negro (Black), Montenegro gets its name.

Looks like a postcard doesn't it? That's a view of Kotor (where the cruise ship is docked) from about 1/3rd up the mountain road. 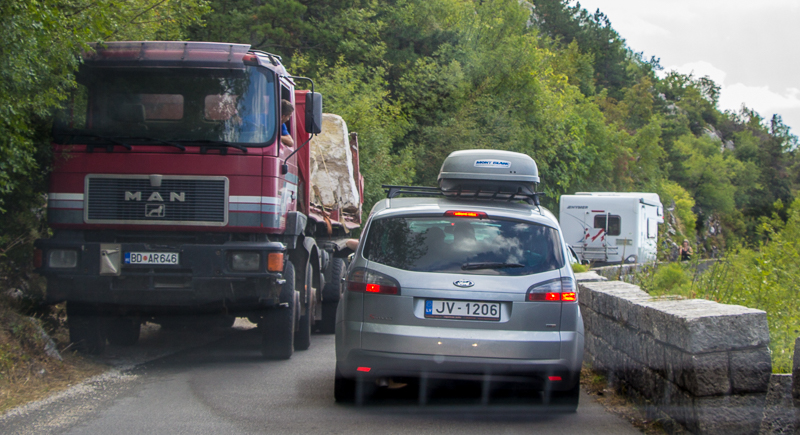 We got stuck behind a German camper for about 15 minutes who didn't know how wide his van was. I found it pretty amusing watching people get all hot under the collar and waving him through, even though he wasn't moving.

We reached the top of the wiggles. There were around 25 hairpin bends to navigate up to our 1400m high vantage point, but it was worth every single meter of it. 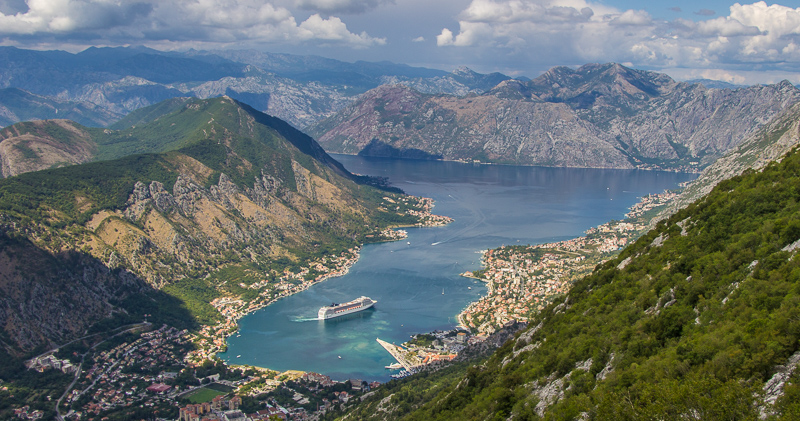 The cruise ship was by this time departing. I think it looks somewhat like a toy boat in a bath tub.

Not a panorama, just an example of my new wide angle lens. Taken at 10mm (crop factor makes this 16mm equivalent) this image is my favourite from the entire trip. Full res here.

You can see from the Adriatic over Tivat airport and the secluded Bay of Kotor behind. Stunning. 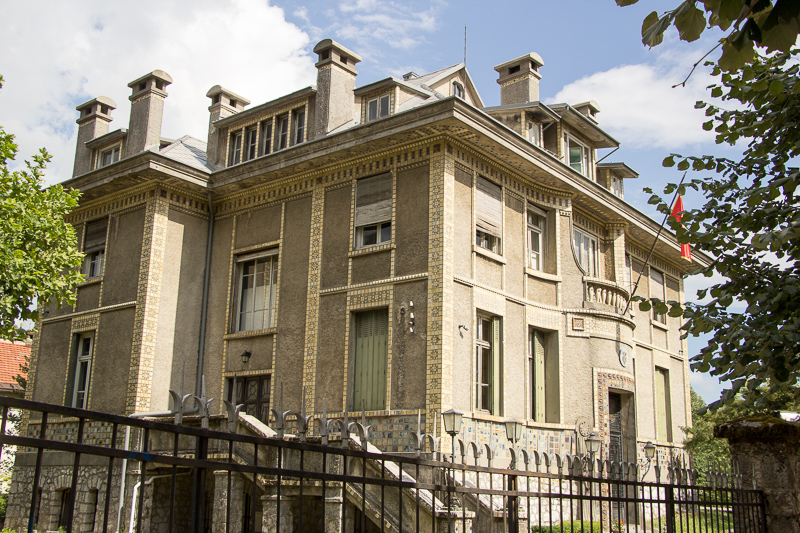 We continued over the mountains, through the Lovćen national park and ended up in Cetinje which was the royal capital until around the time of the World Wars. This city had far more to offer than we expected with beautiful old consulate buildings from the French (pictured above), British and so on.

When the place lost it capital status these buildings did not fall into disrepair, they were repurposed. The British consulate building is now a school of music (I obviously heartily approve of this). 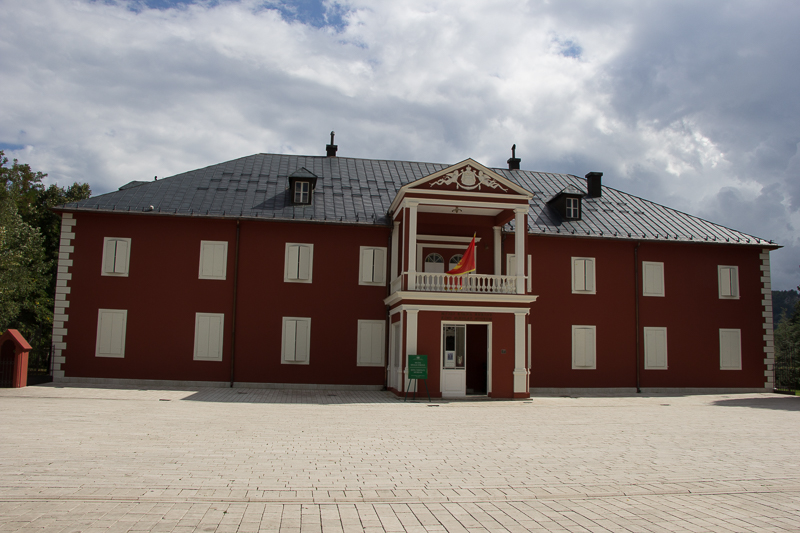 King Nikola's palace is pictured above. 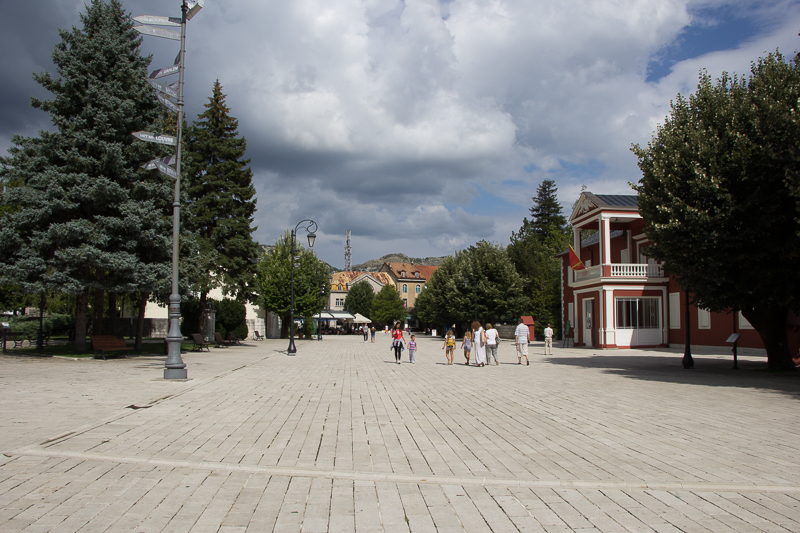 The mountain towns of Montenegro are deliciously quiet. High season at around 2pm in August. Deserted. Wonderful. 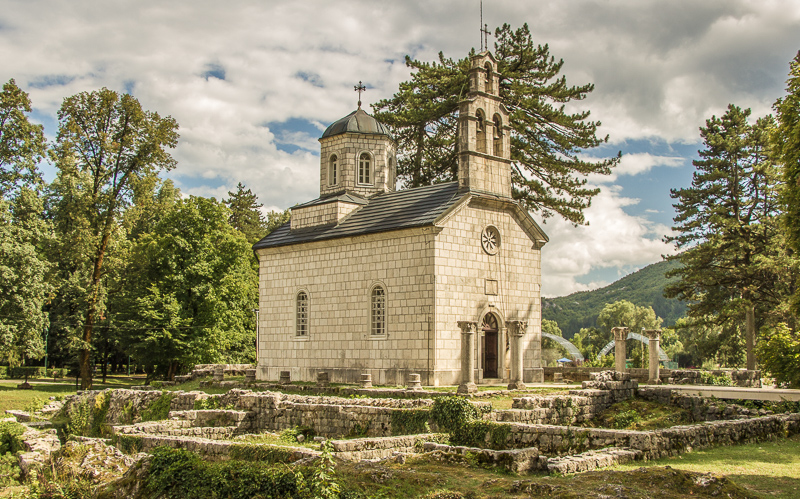 We continued to follow the heritage trail and found a Monastery. This one was original built when the city was founded in the 1400s, destroyed by Ottoman empire in the 1840s and finally rebuilt in the 20th century. Absolutely delighted with how this shot turned out. 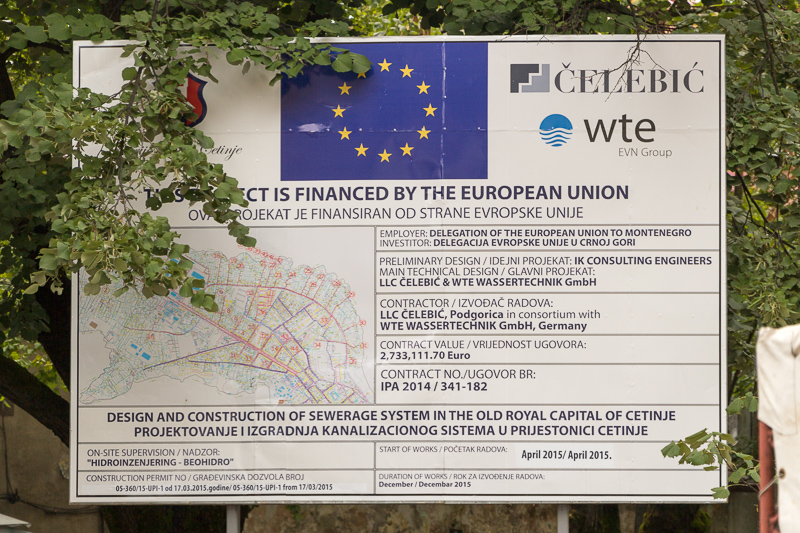 Like many places in Montenegro, the money is flooding in here. There's even a chance that they'll build a 15km long cable car connection Cetinje with Kotor! Now that would be some ride.

Montenegro is not part of the EU. I do wonder why, therefore, we are paying for their sewerage upgrades? 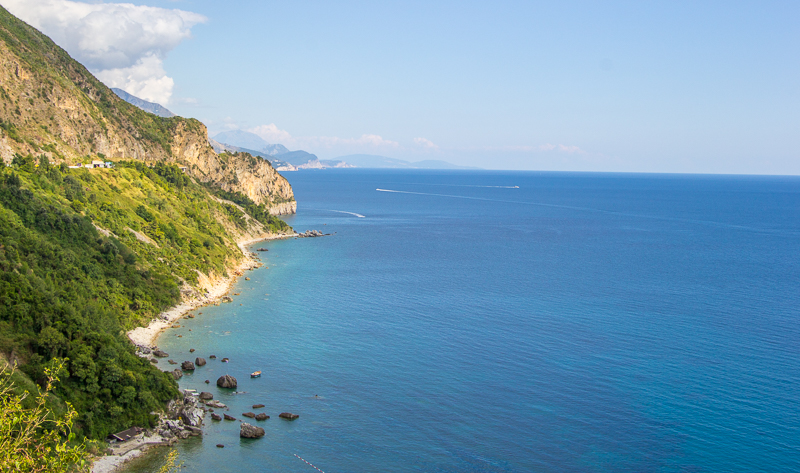 Rather than retracing our steps along the wiggles we took the slightly longer but much straighter coast road. Yes, the one I said to avoid yesterday. Wasn't as bad today and I managed to pull in and grab some pictures. This one is looking South along the coast towards Budva and beyond to Bar. 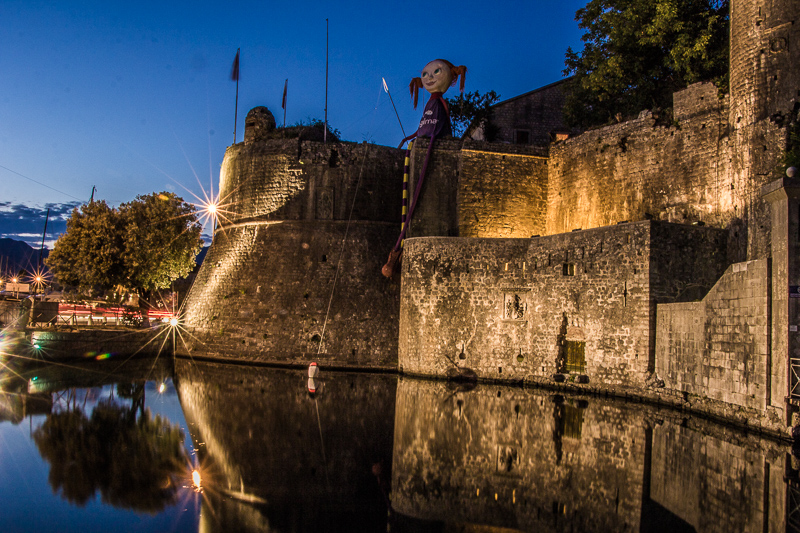 We spent the evening in the enchanting Old Town of Kotor. The walls were built apparently primarily as protection from pirates! The town is still very much lived in and I loved walking through the narrow streets seeing these old buildings with small supermarkets inside, restaurants, etc... Really brings the place to life. 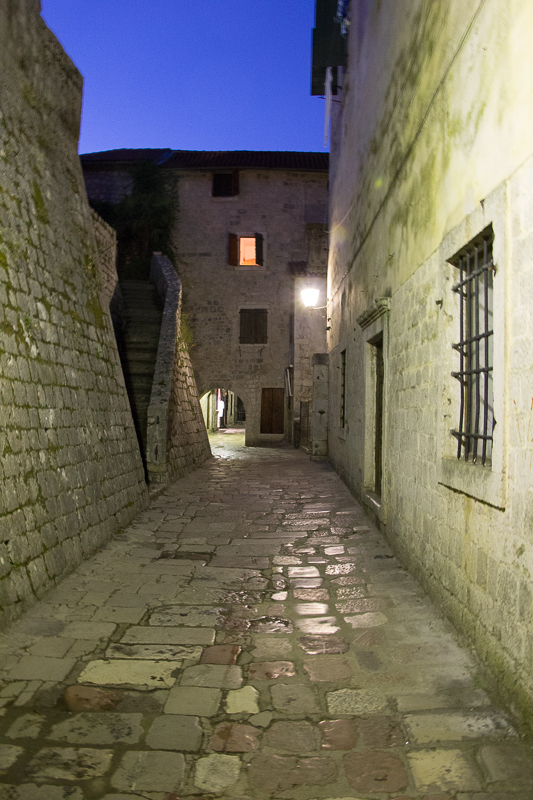 Tonight is the night of the Bay of Boka festival. It's a night where 30,000 people descend on this small place and boogie all night long (4am is the average apparently). Before that though, the locals parade barges which have been decorated across the bay. They are judged and the winner gets a prize!

Fun fact: This is where the term 'float' comes from in a parade. 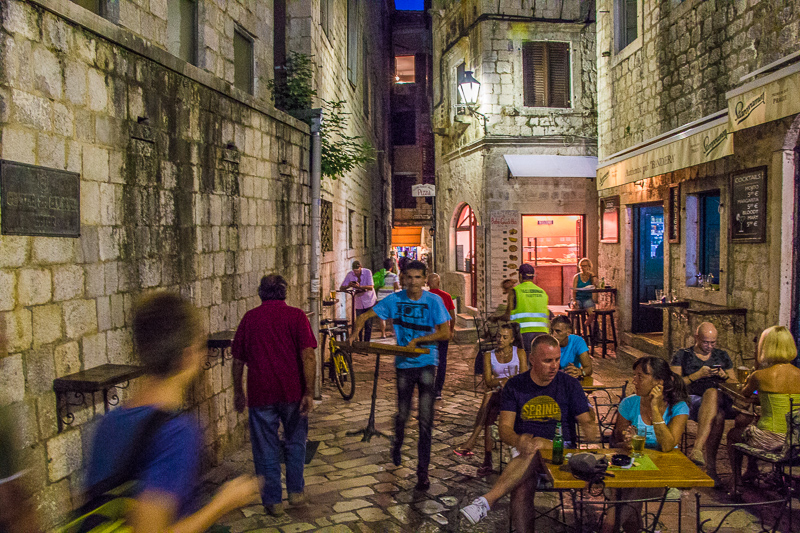 After the parade and fireworks we headed back into the city and grabbed some food in one of its many squares. The place was heaving but the atmosphere was electric. Really glad we accidentally booked it!

To finish the day off I played with some long exposures of the bay from our balcony. 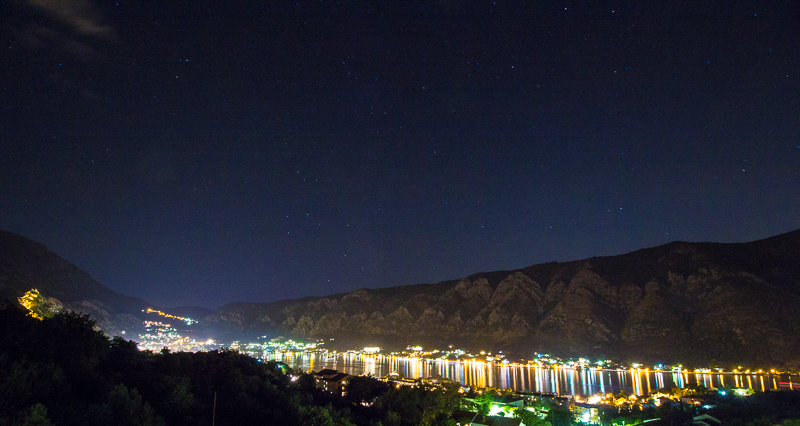 See you all tomorrow from Dubrovnik as we began our journey homeward via Rome.

Day 10. Today we said goodbye to Montenegro and our hire car. We covered around 900km in that car and I reckon the 1.0 engine is still gasping for 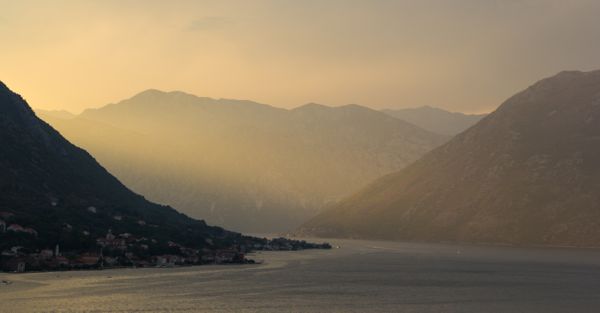 Day 8. Today was relatively quiet day as "all we did" was drive from Žablajak in the North to the Bay of Kotor in the South via Podgorica