Day 6. We left Kolašin (pronounced Collar-shin) this morning in beautiful sunshine at around 25C, it felt like a perfect British summers day. I got a picture of the little wooden bridge we had to cross to get to our hotel, not sure it'd fly in the EU!

We headed North once again up E80 towards Mojkovac this time taking the left turn towards Žablajak (pronounced Zj-ab-yak). Our route took us along a stunning canyon carved by the River Tara. Cat took this pic. 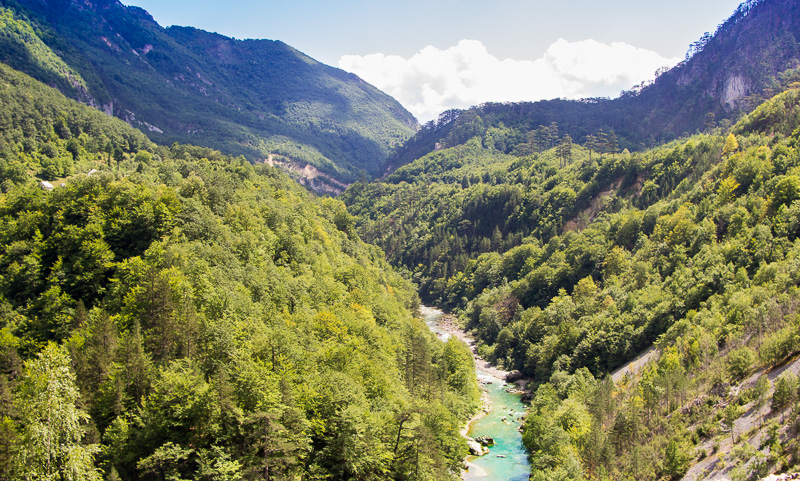 We saw a sign for a monastery and thought it looked interesting enough. Unfortunately we weren't allowed inside this one but it was a very pretty place. 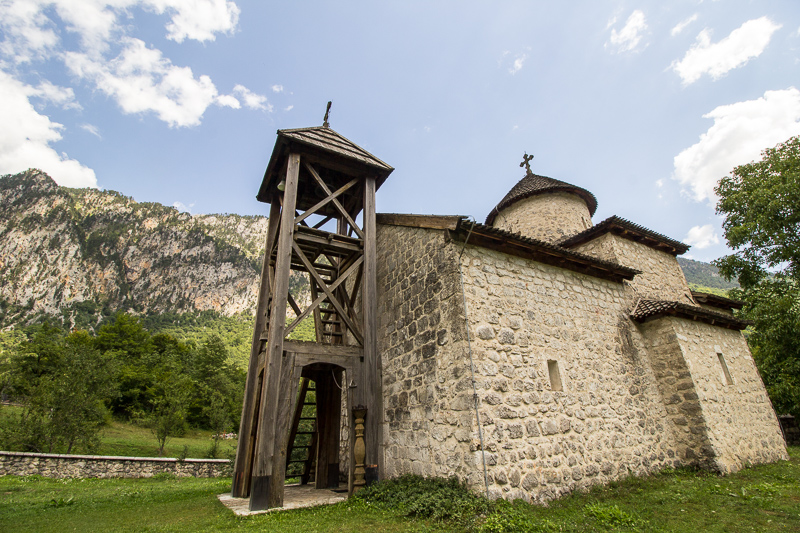 This little fella was hiding in the grass. I've never seen one in real life before, so that was cool.

The road through the canyon was really something. There were dozens of little tunnels that reminded me of the stretch of railway line between Exeter and Teignmouth.

Before long we began to notice that the number of tourists was increasing. We wondered where they all were in Kolašin, here's another Cat pic from the road of the River - I just love the colour of that water. You can go rafting along this stretch too apparently, but you need a group in excess of 4 apparently. 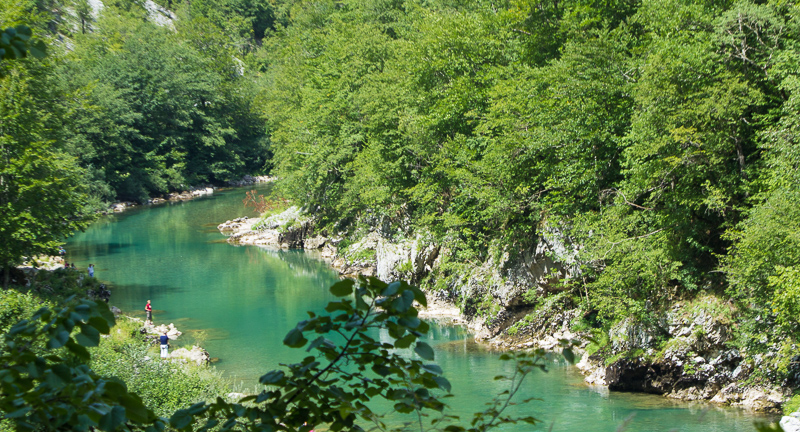 In my research for the trip I'd come across the Đurđevića Tara Bridge. It's every bit as impressive in person as it looks in the pictures. The bridge is 365m long and really not very wide with barely enough room for two lanes. There are hundreds of pictures of this thing online but I like this one below as it makes this colossal structure look like a matchstick. 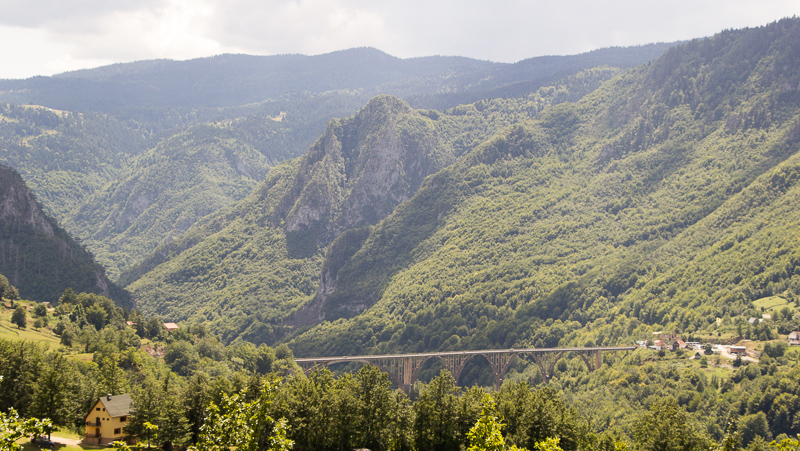 Montenegro never seems to stop amazing me. For such a small country it really packs a huge punch. It is almost the same size as Northern Ireland at 14,000 sq. km.

We set off to walk across the bridge but my vertigo kicked in when I looked over the edge and though better of it! It really is a long way down, 170m apparently. 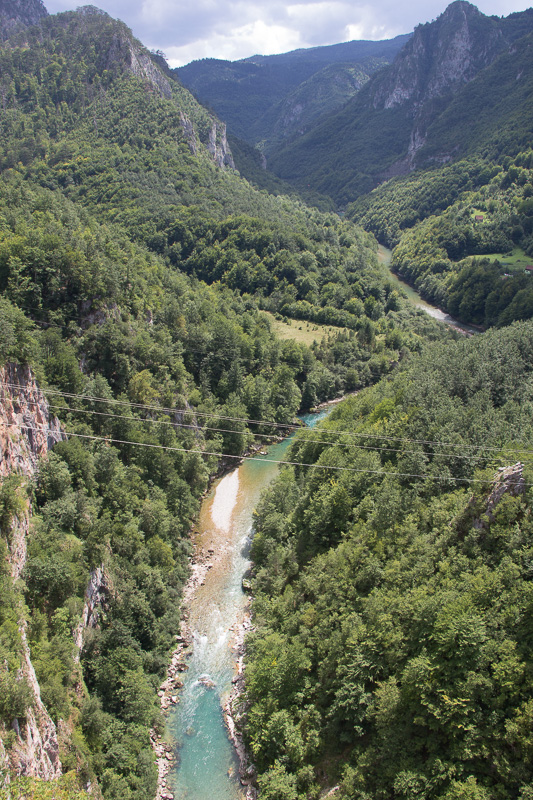 There seemed to be more tourists here than anywhere in the country so far. To cater for these were dozens of cafés and a bloody scary looking zipline. No chance you're getting me on that thing! Adrenaline junkies would love this place. This couple looked like they were enjoying themselves though.

We continued along the main road towards Žablajak, climbing for ages up to the 1500m (5000+ft) at which the town sits. It's the highest town in the Balkans. The second major national park is Durmitor and this town serves as its base for tourists. The town itself is around 6,000 inhabitants and I can only imagine feels like a European ski resort felt 40 years ago. It's great really. I had a delicious Burger and Cat a toastie for lunch for a grand total of 7EUR. 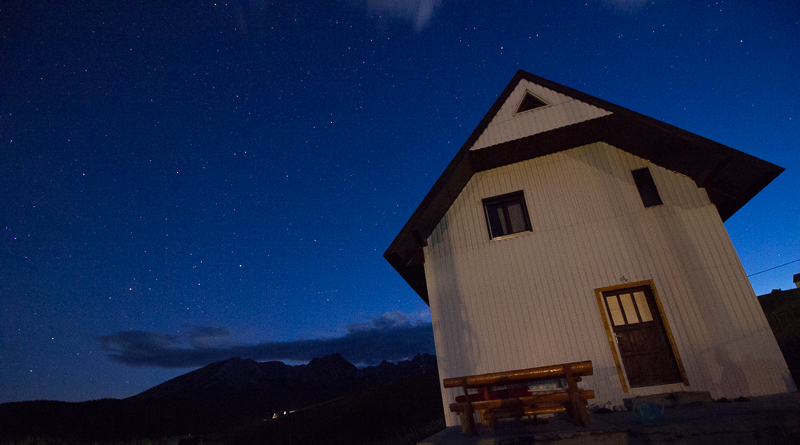 After lunch we made our way to our accomodation for the next 2 nights. It's a nice little place with jaw dropping views of the highest peaks in the Durmitor park. You can just see them to the left of the house above.

We walked up the small hill behind the house and I took some shots of the valley below, more of a plain really. The weather was being a bit unpredictable which isn't that unusual in the mountains I suppose. It did mean I got this gorgeous shot including a rainbow though, so not all bad!

Once night fell I counted my lucky stars (literally) as the clouds cleared. I got some of my best ever shots tonight, absolutely delighted with these. The one above was taken at about 20 mins after sunset (during the blue hour) and I'm really pleased with this shot. 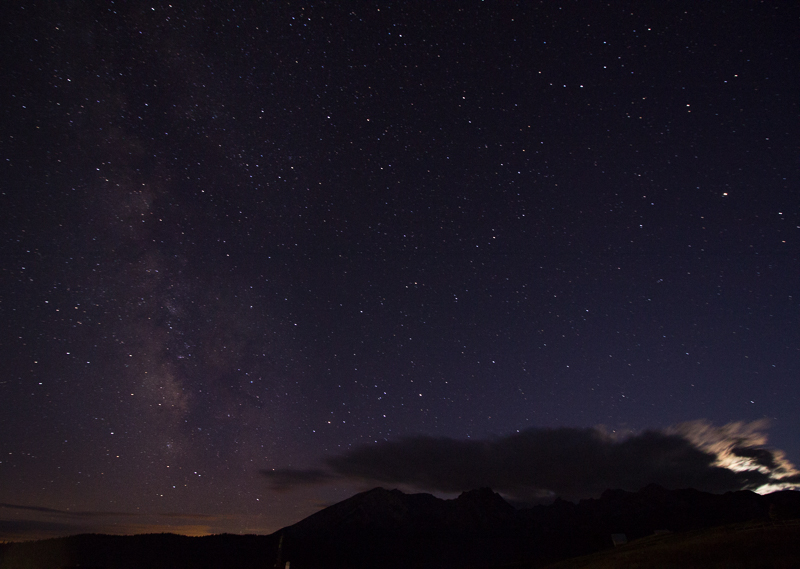 The Milky Way is clearly visible in all the shots I took tonight, which is something that has eluded me in England thus far. 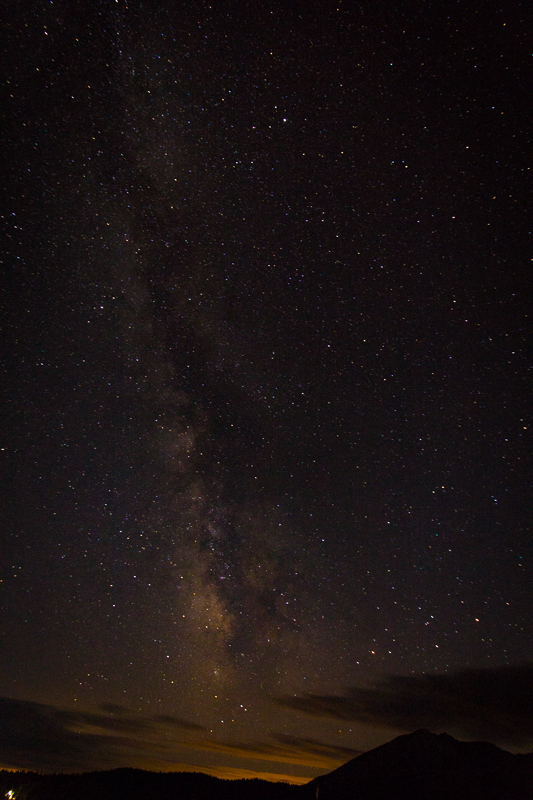 Yet another day I can't quite believe I've been lucky enough to have had.

Tomorrow we are going to hire some mountain bikes and go cycling round a lake through a pine forest if the weather holds. See you then!

Day 7. Žabljak is perfectly situated to explore the National Park of Durmitor, so we decided not to... only kidding. I seem to say the same thing every day, that 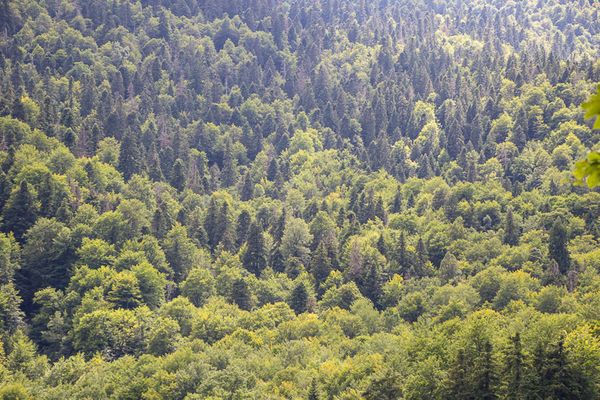 Day 5. Time to start exploring the mountains around Kolašin. First, breakfast though. The centre of town isn't very big. There are only around 6,000 inhabitants according to the