Wow whee!! What a morning!!! We’ve endured a thunderstorm, rough seas, cancelled boats and finally we have made it back from Capri to Naples for our Rome connection. Let me explain..

We were rudely awoken at 6am by a belter of a thunderstorm which lasted for the next 4 hours. As we were overlooking the sea we could see the storm drifting towards us. I took a video which is quite cool – and if I can will upload later. We got bored of stormwatching and went back to sleep rising at 9am for breakfast. The hotel provided a taxi to the port where were in plenty of time to catch the 11.35 ferry. By this point the storm had cleared and the sun was shining bright.

“ferries to Napoli are cancelled until 1.35pm” said the ticket lady.

I’ve stopped being stressed by this kind of thing now – I even added 90 mins travel time in the plans to leave an “Italian buffer”! A 2 hour delay however meant we would miss the Eurostar Italia train we had booked on. It cost us €20 so would really rather not miss it. So, there was one ferry company operating a crossing to Sorrento – 25 minute crossing. It was actually pretty rough to be fair once we boarded. By the end both of us were a brighter shade of green than is deemed healthy!

The only problem with going to Sorrento was that we then had to catch a Circumvesuviana train (which are gross and nasty private company). We arrived at the station 8 mins before the train was due to leave. After 5 mins of patiently waiting like and englishman should and not getting anywhere, alex pushed his way to front and managed to coax two tickets Italian style. Top tip for Italy – be super rude by English standards and you’ll be on a par with standard Italians. The train from Sorrento was utterly packed. Imagine the tube at rush hour in 25C and that’s about right. We were both very glad to get to
Napoli!

Our Roman train left Napoli at 13.50 and the Circumvesuviana train arrived at 13:42. An 8 minute change in Italy? Yeah you guessed right. We missed it by 4 minutes. So expecting a fight we trudged off to the Italian ticket office where they exchanged our reservation for free!!!! Wahoo!!!

So, we are now whizzing along back to Rome where our hire car awaits!!! 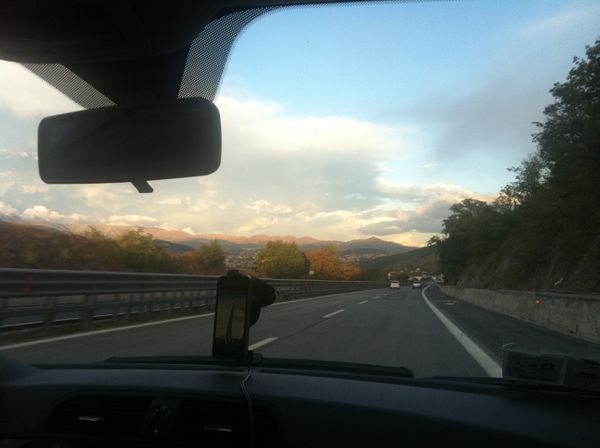 We are two tired kids tonight. Been travelling near enough non stop since 10am this morning. But! We are pleased to report that we have made it to our friends 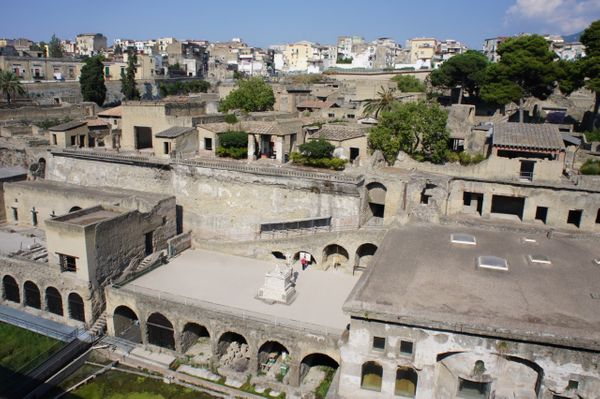 Hi chaps, Tonight will be the last proper entry until we hit Innsbruck on Thursday night (all being well) as we are entering radio blackout zone for the next 3