I’ve been looking forward to today for years. We went to see Roman Rome. The Forum, The Colosseum and the Pantheon. Once again the temperatures soared to 34C! It’s quite draining to run around Rome at those temperatures let us tell you!!

We caught the Metro to San Giovanni, the Pope’s Cathedral and worked our backwards through the City - almost heading home all day (by a very indirect route) ending up at the Spanish Steps (Spagna Station).

The Pope’s Cathedral was pretty well decorated with huge statues and stained glass everywhere. Inside there is a statue of John the Baptist behind glass and a very pretty organ. Churches interest me about as much a watching Women’s Football - but this was a good one.

10 minute walk down the road was… The Colosseum! I’ve always wanted to go and see it, ever since I was little. What an impressive structure it would be if it was all still standing. I’ve misled you all slightly as to the order our day took, let me put that straight now. We found a very useful website called wikitravel which gives all sorts of useful tips about major tourist traps. As a result we initially skipped the Colosseum in favour of the Roman Forum as the website told us that this was the best way to skip the Queues - what a tip off this turned out to be!

The Q for the Colosseum must have stretched for at least 30 minutes. We walked to the Forum (5 mins down the road) and purchased our tickets for €7.50 each. As we’re both under 26 and EU residents, we got half price entry to both attractions. Yup, the Roman Forum and Colosseum for only €7.50 each. Take note English rip off tourist attractions!

The Forum was impressive. Several buildings appear as they did the day they were excavated, but others it seemed had been lovingly restored. We saw the Forums Stadium and a Rotunda. It was only excavated in 2009, but it seemed to be suggesting the Emperor of the time ( Nero ) had a rotating eatery overlooking the area where the Colosseum now stands.

We made ourselves some Salami bread rolls and recovered in the shade for 30 mins and drank lots of water! The whole lunch cost us about €2.50 from the Supermarket in the afternoon yesterday.

Then. It was time. WAHOO! I have to say, most things that are hyped up as much as the Colosseum tend to be a disappointment. This really wasn’t. The sheer scale is what hits you first, then a fat American steps on your foot and the pain hits you next! Oh god, the place was full of them! Bus load after bus load. We have some top Yank phrases for the day…

“Oh no! Do we have to take the steps? Isn’t there another way up?”
“Come on. You can do it! Push! Push!”
“Cor, they made them steps tougher in those days. I need a sit down!"

Now you’d think that they were being made to walk up all 4 stories of the place. Nope - you’re quite wrong! This moaning came from 2 minutes stood at the top of the stairs on the FIRST story! Cat said "I knew Americans had this lazy stereotype associated with them, but had no idea it was ALL of them!!!!”.

I think that this will stand out as one of my personal highlights of our Grand European tour. It is a fantastic building even now, when you consider half has fallen down!

Moving on, we headed for the Circus Maximus where they were doing some filming using a Horse and Chariot! For those who don’t know the Circus Maximus is where they used to do all their Chariot racing - NOT the Colosseum like Gladiator would have you believe!! Another cool sight, actually seeing a chariot blasting around.

By this time it was 5pm and we were beginning to get peckish - so walked for about another 45 minutes towards the river and then the Pantheon. The Pantheon is beautiful, but is SO busy it’s perhaps best left for a quick visit like we gave it. We settled down for Dinner in a nice Restaurant in a traffic free Piazza. Cat had Spaghetti Carbonara and Alex had a Calzone (Pizza folded in half basically!). One can of drink was €4 from this place, so we ordered one and surreptitiously topped our glasses up from a our bottle of Cola in our bag!!! If they’re going to try and gouge my pockets, I’m going to find ways round it!

After dinner we ticked off two more places in quick succession within maybe 30 mins we were on the Metro headed home. First stop was the Trevi fountain - this is a good fountain as fountains go! Very beautiful, but VERY busy - too busy so we moved off quick and found a nice Gelateria as we headed for the Spanish Steps.

I’ll admit, I was skeptical of going to see a set of steps. “I’ve come all the way to Italy and you’re making me look a staircase…”. They are quite cool, but again BUSY! A magnificent palace sits atop them - and as the sun set it cast a cool orange glow over the building making the whole thing far more impressive.

So - that’s Roman Rome. Done! (As Gordon Ramsay would say). Tomorrow we head for the Vatican along with Cistine Chapel. Once we’ve done that - who knows! 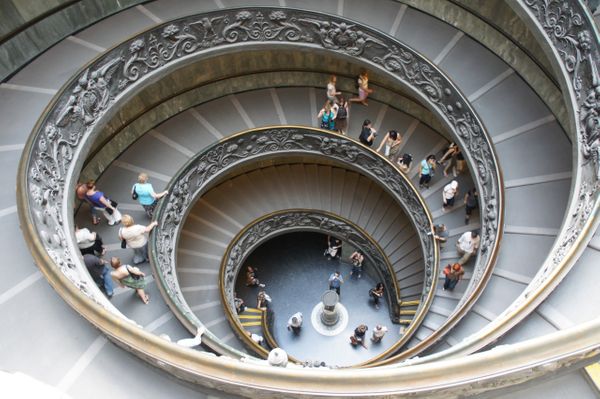 Good evening England, this is Rome calling! I’d like to give a quick shout out to a couple of readers in Middlesbrough if I might!? They are my Grandma 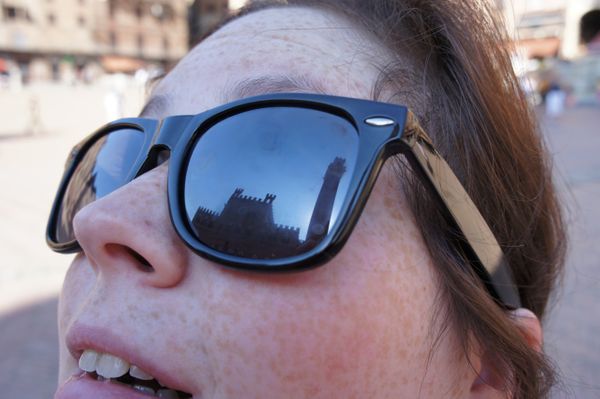 81 hits a day! Wow - that’s a lot more than I was expecting. Thank you all for reading!!! Today was a lazy day. All we did was catch