Flanking the madness of AWS re:Invent 2022 in Las Vegas I took a solo trip to Death Valley for some photography.

I've been before back in 2017 but that was during the summer (hot!) and foolishly we only gave ourselves enough time for a drive-through agenda. My aim on this visit was to take things at a slower pace and enjoy the majestic dark skies the area affords.

I'm most proud of the night time images which are at the end of this post.

Death Valley is about a 2 hour drive from Las Vegas on Highway 190. Some careful planning was required as back in August a "once in 1000 year flood" event occurred severely damaging roads and infrastructure in the park. I had hoped to make it up to "The Racetrack" to observe some skating stones but even without the flooding the roads up to that part of the park are unpaved and the NPS recommend against standard rental vehicles attempting it. In my little rented Chevy Equinox alone, it was probably a silly idea anyway.

I entered the park from the Southeast via Pahrump and Death Valley Junction on 190. From the road a distant tree caught my eye. My close friend Brent Gervais is a professional photographer and has taught me a lot of tricks over the years but I thought I'd try and implement a compressed background / foreground trick that's usually reserved for portraits.

I think my success was partially limited by only having a 24-105mm lens. The more zoom, to a point, the more compression and subject clarity can be obtained. At any rate, this image goes some way towards highlighting just how vast the spaces are around these parts. They're nearly impossible to do justice with a camera but you gotta try, right?

Entering the park from this direction takes you right past some of the highlights right away. I decided to pass on Dante's View this time as it was high noon by this point and as I evidenced last visit, the harsh sun shining right into the camera makes for a poor photograph.

Zabriskie Point is probably the single most photogenic part of this park in the daytime.

A short 2-3 minute walk from the car park is an overlook with stupendously good views that look like they could be MacOS wallpapers. Some high clouds had rolled in and gave me a lovely diffuse light despite the midday sun, for which I was thankful. The colours of the rocks and the sheer lifelessness of the vegetation is very noticeable as you enter the Valley.

Indeed if you take note of the first image with the tree, the desert floor is covered in shrubs and plants. Alright, they are in hibernation awaiting the next rainfall but there is life. I assume the extreme heat, salts and other minerals in the ground here preclude anything really growing much. In person some of the mountains look green with I assume copper ore.

I always thought these famous salt formations were small. However they're about 6-10ft across. It's about a 15-20 minute walk from the car to see them but well worth it at Badwater Basin, the lowest point in North America.

Flood damage to the roads meant this was as far south as I could go inside the park. I elected to head back towards my accomodation for the night in Beatty, NV - yes this is the same spot we stayed in last time. The town where pretty much the only thing open for breakfast is a Denny's inside a casino! Nevada, baby!

On the way back North I turned off for the Devil's Golf Course which was like whipped meringue out of salt and mud. Bizarre, really.

This was swiftly followed by chasing the sunset as I took in "Artists Drive", a 9 mile one way strip of tarmac through the beautiful foothills of the mountains.

In photography light is everything and this scene caused me to nearly drive off the road as I came round a corner and was greeted with this. It took my breath away and about 15 seconds after this shot the light had gone from the peaks. Who says landscape photography can't be exciting?

After a road trip dinner of Nutella sandwiches (procured from a Walmart en-route) I headed over to the Mesquite Sand Dunes.

We registered a 49c temperature in our car last time on the last visit. The moonlit dunes were rather cooler this night being a rather mild 13c. Lovely conditions to shoot. No wind, a slim crescent moon and nary a soul joined me on the dunes for about 3 hours as I wandered about being careful not to lose my bearings in the dark! No cell service out here to rescue you!

Just before Covid hit I bought a Samyang f/2.8 14mm manual lens especially for astrophotography. The fast aperture means a lot of light is let in and the wide angle is obviously great for these types of big sky shots. I paid around $270 for the lens which is a total steal for something like this.

The lens has no Autofocus motor, no automatic aperture adjustment or any stablisation. A tripod is an absoulte must with this thing. This trip marked its first outing and despite a little barrel distortion (easily fixed in post with Lightroom) it really impressed me.

I was able to capture crisp star shots with only 15-20s exposures at relatively low ISOs (under 3200 ISO for these types of shots is insane).

This trip also marked the first proper travel trip with the Canon R6 I purchased last year to keep up with my lively young 2 year old daughter. After I figured out that the Samyang lens (which needed an EF to RF adapter) couldn't talk to the camera because it was so stupid simple I enabled the "release shutter without lens" setting and all was well.

I spent well over 2 hours out on the dunes that night and few times in my life have I felt as at peace as I did then. I got far enough away from the road I couldn't hear or see cars. There were no street lights visible from the nearby Stovepipe Wells once I got far enough out. In fact, the only traces of civilisation I couldn't escape were the footprints in the dunes and the odd jet plane flying over head!

It took some planning but if you get chance to do this once in your life, do it. I promise you won't regret it. My only advice would be to take a compass (a real one, not your phone) and a headlamp (I had one of these at least) because the dunes are very disorientating in the dark!

Light painting is an aspect of photography that's always fascinated me but for some reason I haven't done it before. The exposure above was 15s but the tree was lit up by my phone's flash for a mere 1/4 of a second or so. I held the inside my jacket, moved it above and behind the camera in a fast smooth arc (for even lighting) and as quickly as I could covered it with my hand again. It astounded me how little foreground light was required to achieve the desired effect.

Around midnight I headed back to my Airbnb in Beatty and collapsed into bed.

These desert vistas absolutely boggle my little mind. Most people come to Las Vegas for the brash, expensive and over the top spectacle. Indeed, it is fun for a night or two. But given the choice between a night in Vegas or another night on those dunes, there's simply no contest. 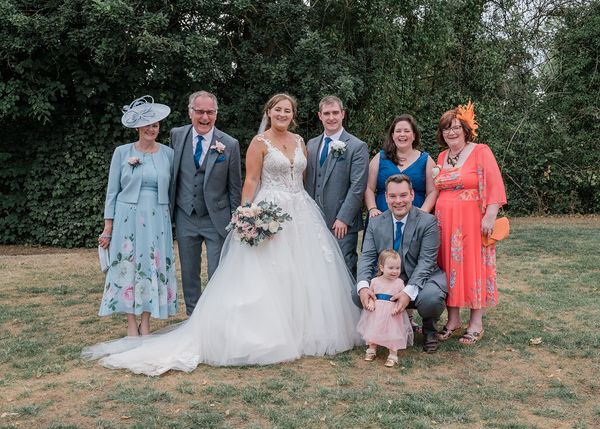 A wedding. Lots of travel. And lots of friends.

This is an easy project. Sure it will probably take an hour or two to get your head around but don't put it off. The end result is great and means no ads or tracking are insidiously injected into your content anymore.